V is the Roman numeral for 5. That's mostly coincidence, but let's go with it.
Since we were first sidelined by the global pandemic, a number of options have popped up to keep us virtually entertained. Among the most enduring of these is Verzuz, the brainchild of superproducers Timbaland and Swizz Beatz, which pits a pair of artists against one another as their catalogs do battle, song for song, for a number of rounds.
Basically, a 5th quarter.
Like its band counterpart, Verzuz battles crown no champion - that's for the audience to decide. Each Verzuz has its own personality. Some have been strictly business, others all love, and some have been so tense you were sure something was going to pop off. While mutual respect generally abounds, that doesn't necessarily mean there's a shortage of bad blood or unresolved beef at play as well.
At their best, Verzuz artists have played offense and defense. A battle is not about queuing up your 20 songs and letting the DJ play. You next song should be a response to what was played before, or vice versa. Strike and parry; parry and strike. The paradox is that while the exhibition isn't scored, to the degree it is, it's scored round for round: How did what you dropped match up with what your opponent had to say? Strategy matters. In the end, we're the ones that will score the rounds, but whether Verzuz or the 5th, one fact remains:
The audience wins.
at 1:02 AM No comments: 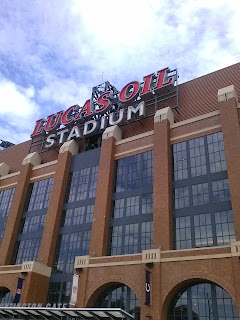 However the 2021 DCI season ends in Indianapolis, they'll be short their last two World Class champions.
On Thursday, DCI announced an "event series" to take place during Championship Weekend in Indianapolis. While the full slate of performance opportunities is yet to be determined, DCI has started using the language of 2021 being a "bridge" to a full return in the summer of 2022.
It's understandable. While the start of the season is still six months away, now is when plans would be put into place: venues booked, housing secured, schedules set - and as the pandemic rages on with no knowledge of its end, DCI is right to plan for contingencies. Moreso than perhaps any other sport or activity in the nation, a DCI tour schedule is at the behest of dozens, if not hundreds, of different regulational jurisdictions - municipal, state, national; school districts and public gathering limits; their ability to gather, rehearse, and paramount: perform for an audience are all variables when considering the viability of a season.
But as the league started talking about its plan, the two premier west coast corps - Blue Devils and Santa Clara Vanguard - have announced that they won't be making the trip to Indy, detailing their roadmap to 2022, DCI's 50th anniversary.
If planning for a national tour is unthinkable at the current stage for most corps, it's even moreso for this Bay Area duo. While most corps boast a national tour, many eastern corps really only make it west of the Rockies once every few years, while the top flight California corps truly hit four time zones each summer they load the bus. This means they've got more to plan for, not the least of which is the financial piece.
It looks as though those two corps intend to craft a meaningful experience for their members, just one that sticks a good deal closer to home. I expect other corps may look to do the same in their own geographic regions, whether or not they ultimately make it to Indy. Coincidentally, schedules may look a good deal more regional, harkening back to the league's early days, for the year leading into the activity's golden jubilee. As long as it will keep the corps solvent to reach that milestone, I welcome it.
at 1:08 AM No comments:

Of all of this season's anomalies, the coolest may have just come into play. This Saturday, two undefeated non-Power 5 teams, Coastal Carolina and BYU, will play - on College Gameday, no less. This game didn't exist 24 hours ago. Coastal was set to host Liberty, currently a 9-1 Independent on College Gameday before COVID-19 changed the Flames' plans. The game could prove bountiful for one of two teams jockeying for a New Years Six bowl and an outside shot at the College Football Playoff.

This game isn't the first to come into play quickly as teams seek to duct tape their schedules back together amid COVID cancellations, but it may just be the most meaningful. It also represents an agility we've never seen before in college football, where games are typically scheduled many years in advance. The sport's usual scheduling paradigm leads to schools trying to schedule formidable opponents based on their current rankings, hoping they'll still be good enough to positively affect strength of schedule years from now. Now, both Coastal and BYU get to ink a deal with a team they already know is in the committee's top 25, with a resume boost on the line.

The concept is similar to the Bracket Busters concept, where late season flex dates gave the opportunity for tournament hopeful mid-majors to improve their fortune in advance of the NCAA men's basketball tournament. In college football, while this game alone likely won't do it for either team, the flexibility it represents could present a path forward for future Group of Five teams who lack the perceived strength of schedule to get them the postseason they deserve.

There may not be a ton to celebrate or emulate from this year, but this one's a keeper. 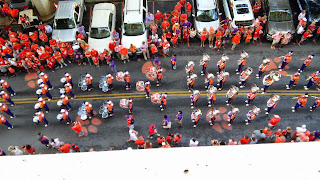 When I added the tagline "The Cadence of Gameday" to 80 Minutes of Regulation, the double entendre was intentional. As a bandsman generally, and a drummer specifically, I know that the cadence is the drumbeat that  gets us going and keeps us going through the day's marching. But the cadence is also the pace of gameday in its entirety: While it was the pairing of marching band and sports that breathed life into this site, it soon expanded to include all of gameday, from the tailgate lot before hand, to the pregame, the game, halftime, the fifth quarter, the victory shakos after a win, all of it.

This year, the cadence is deceptive.

Like so many other things in the Year of our Lord Two Thousand Twenty, the cadence of gameday just doesn't hit as it ought to. Tailgates are nonexistent at stadiums that are only a fraction full. Bands are all but sneaking into the stadiums to avoid any situation that may draw an unwanted crowd. And once they're there, they don't get to take the field, performing socially distanced in the stands, sometimes in platoons composed of only a portion of the band.

This week is typically the valley between rivalry week and conference championship games, and even that looks different. With the end of the season still weeks away, some traditional rivalries have moved as well, while conference-only schedules have kept others from occurring at all. The College Football Playoff committee just released its third rankings, going through the unenviable task of comparing teams with uneven games played and next to no intersectional competition as a basis for comparison.

The bowls are empowered to do as they please, with no minimum win or records standards because, hell, it's 2020.  37 remain, down slightly from last year, and they will likely play to mostly empty stadiums without bands present. The annual Band on the Road series was cancelled this year for obvious reasons, and the same will certainly be true of #bowlbands, save perhaps for the cases where a team is playing a home game in a bowl. We'll make it to the finish line of this year, even crown a champion, but the entire season's cadence has been anything but typical.