I had no intent to waste the electrons to talk about the waste of space that is Donald Sterling. I've got nothing to say that hasn't already been said. Well, maybe one thing...

You see, I am father to a three year old. And as I'm sure other parents can attest, kids can get fixated on certain movies, songs or games and view/listen/play endlessly. As such, one movie I've seen more than my fair share of is Nightmare Before Christmas. I see it appropriate to point out a parallel that has perhaps gone tragically underreported by most media outlets: 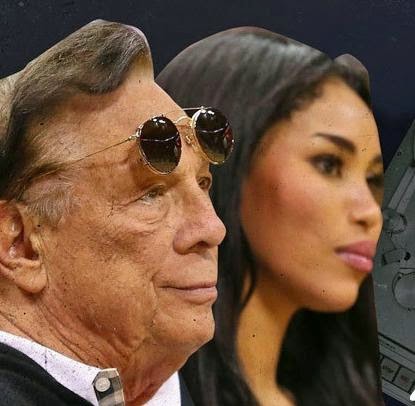 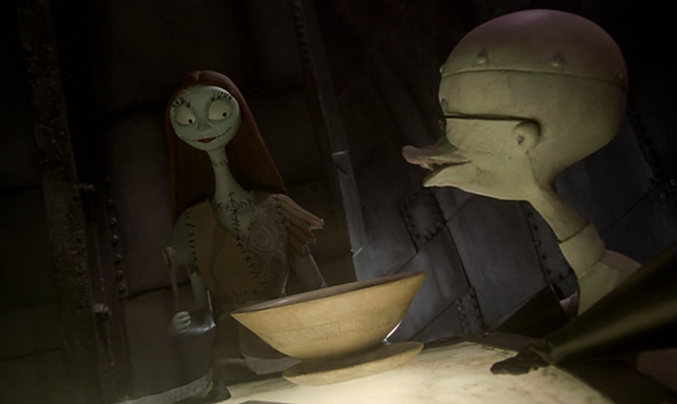 Email ThisBlogThis!Share to TwitterShare to FacebookShare to Pinterest
Labels: NBA

Kicking It In the A

Earlier this month, Major League Soccer announced Atlanta as the site for its newest expansion. The yet-to-be-named team (though I'm calling it SoSoDeFC until further notice), which will join the league in 2017, will play in the Atlanta Falcons' new home (the Stankonia Dome, as it's affectionately referred to on SBNation). And while I cover a variety of subjects from the sports and marching/athletic music diaspora, attention to a team five hours from me in a sport I don't particularly follow may seem strange - unless you've connected the dots.

We'll start with plain geeky interest. New stadia excite me (as does pluralizing stadium in the Greek manner), as do new teams. Soccer-specific stadia seem particularly cool, as they tend to be smaller, newer, and in a lot of ways, more versatile for other sorts of events. While I don't follow soccer in general or MLS specifically, I've got a soft spot for the lesser known leagues (see also: MLL). And Atlanta, of course, hosts such major marching events as the DCI Southeastern Championship and the Honda Battle of the Bands.

I'm particularly interested in how the new Dome will be set to make the change from football to football. Reports are that it will be convertable to just under 30,000 for soccer, a change that would involve both curtaining upper decks and retracting lower seats. So while it's still a football-first stadium, it seems plans are being put into place to give it a soccer-specific feel. Other soccer-specific stadiums, like the Philadelphia Union's PPL Park in Chester and the Columbus Crew's Stadium have hosted DCI shows, and at least the Crew's home gets favorable reviews on Marching Arenas.

The intentionality in its ability to convert makes me wonder: What other configurations may be possible? Football, soccer, and various concert configurations are obvious, but what may be done to accommodate other tenants? Expansion of available seats is already a given, and will likely be utilized for college football games like the SEC championship game, Chick Fil-A kickoff classics, and bowl games - the Chick Fil-A Peach Bowl, as well as the national semifinal in 2016-17 and likely a national championship game somewhere down the line. But what of other setups? Little needs to change for Honda, which routinely fills the dome. But for DCI, which has topped out at just better than 16,000 and opts for concert side seating, might they be able to curtain it down to take advantage of this setup? What of Georgia State football, the Atlanta Football Classic, or high school games or battles of the bands that may be held there?

The new stadium in Atlanta intends to change the game. Here's hoping that in being state-of-the-art, it brings multi-use stadiums into a whole new era.
at 4:05 PM No comments:

OK, I'll admit: In the days of the old Big East, there was a good deal of pride associated with conference wins. But times were different then. The Big East was perceived, rightfully so, as the sixth of the six power conferences in college football, a sport where more than any other, perception is reality. It made sense to stand tall behind our conference, even though it was a conference any of us would have left in a Madison Square Garden minute if the right suitor - any suitor - would have come calling.

Once the old Big East crumbled and the American rose from its ashes, the die was cast. No amount of conference pride is going to put it among the elites. There was not the same survivalist instinct to root for the collection of schools flying the new banner. And yet somehow, I found myself in Connecticut's corner tonight. There's a new type of conference pride. It's not the "we all we got" mantra that propeled us along as the Big East. This is one of solidarity. Solidarity for those who also missed the lifeboat and remain marooned on the island of misfit toys. Those who were told, implicitly or explicitly, that we didn't belong - for a host of reasons - in one of the power conference. UConn's chip has to be particularly large; they saw the slot that they believed was theirs filled by a team that resides far from the Atlantic coast, a team that I'm sure they couldn't help but noticed exited this same tournament two rounds ago. If UConn, not Louisville, had gotten the call, I'm sure tonight wouldn't have meant much to me, but we now find ourselves brothers in the struggle. To that end, perhaps a fellow USF fan put it best:

There are those who chant their conference name as they assert their dominance. I only ask that you oblige me as we merely assert our presence.
at 12:47 AM No comments: