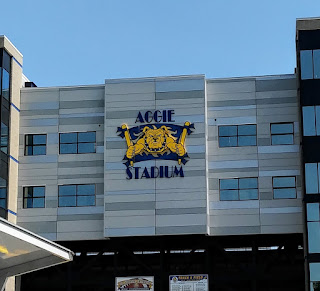 What will become of the MEAC? The conference will fall to eight football members following A&T's departure, down from 11 just two years ago with the losses of Hampton, A&T, and Savannah State, who returned to the Division II SIAC. What's more, with the Aggie, it's not just that they lost, but the program that they lost - a perennial conference champion and Celebration Bowl champion, and the nation's largest HBCU. The league office has stated a willingness to expand, but options in such are limited either to a rising Division II program, or adding a non-HBCU to the league, as the CIAA and SIAC have done. The MEAC has stated that "member institutions are united to remain a viable and sustainable Football Championship Subdivision (FCS) conference," but realignment has shown that that's always true - clear up until it isn't. The MEAC has weathered departures before, but if member institutions get antsy, the conference could go the way of the Big East. In addition to the Big South, the MEAC shares parts of its footprint with the SoCon and CAA, both also FCS conferences that offer football. Programs could also consider returning to Division II, as Savannah State did recently and Winston Salem State did a decade ago. And should FAMU get jumpy, they could entertain membership in the SWAC - they share a state border and reasonable travel with Alabama State and Alabama A&M, and even the longest stretch to Prairie View is shorter than its current conference trips to Norfolk, DC, and Dover. There's no reason for the MEAC to panic yet but hopefully they're keeping a close eye at conference headquarters because once realignment comes knocking, there's no telling where it will end.
at 2:43 PM No comments: