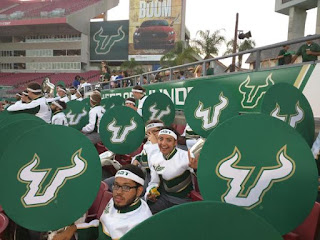 As a USF alumnus, I've always felt a certain kinship with the University of Houston.

This may sound like convenient, revisionist history, but let me explain. Over a decade ago, when preparing to graduate from grad school at USF, Houston was a school (among many others) I considered, and interviewed with at a conference. When doing my research, quite a few things stood out to me. Geographically, both UH and USF are large schools in major metropolitan areas that sit a bay away from the Gulf of Mexico. Each is a multi-campus system with a Research 1 main campus. Their home states are the second- and third-largest in the US, by population. Both states are unequivocally considered football powerhouses.  Both schools sit in the next tier of state schools with a pair of vaunted state football programs and a heavy hitting private school or two. We were conferencemates in Conference USA, and are once again in the American.

As the Big 12 once again kicks the tires on realignment, there's another commonality in which I'm interested: Leadership. Long considered a longshot because of Big 12 saturation in the state already, the University of Houston is emerging as a frontrunner, with support coming most notably from Austin - both the state house and the flagship university (and Big 12 800 pound gorilla) located there. How does this relate to USF? Houston's president, Dr. Renu Khator cut her academic teeth at USF, spending 22 years there before taking her current post at Houston. During my time at USF, Dr. Khator became the interim and ultimately permanent provost and senior vice president, and while serving in the role, helped USF into its previous major conference step up: The move to the Big East in 2005. It's reasonable - likely, even - to assume that she played a big role in ushering in the change and in doing so, she worked alongside USF's then- and current president, Dr. Judy Genshaft. While I don't know what their relationship is, I would imagine that anything other than abject bad blood would leave Khator with a favorable impression of her former school and her presidential colleague.

Every step of realignment to date has shown that it's far less about things like academic ranking and university prestige and more about media markets and network dollars. Still, USF stacks favorably on all of these metrics, and having a friendly face after the same goal can't hurt. Ultimately, university presidents cast the votes, and while it's true that Houston isn't yet in and thus doesn't have an official vote or voice, I would imagine that if they're a serious candidate, their opinion may be valued. While the academic portion is often lip service in realignment, it's worth noting that USF was recently designated an "emerging preeminent" within the state of Florida, continuing to carry the baton passed by Khator in her days as chief academic officer. While USF hasn't been engaged in the open lobbying some other potential candidates have been, those in the know will note that real Gs move in silence, and leveraging such a relationship would certainly be a strong behind-the-scenes move.

My read? If we're truly cranking the realignment wheel once again, USF's fate remains intertwined with Central Florida's. If the Big 12 expands to 12, there's a good chance that USF gets left out in the cold, pairing UH for a top independent in BYU or a closer-to-the-footprint Memphis or Cincinnati. If they go to 14 - where currently, every other Power 5 league except the Pac-12 sits - I think USF and C. Florida get the call.
at 1:01 PM No comments: 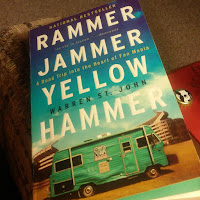 Just two quick hits for today:
-My attempt to bring Scouts Honor to the Triad has unceremoniously faded into oblivion; the deadline for reaching a critical mass of reserved tickets has passed, and I missed the mark. At the risk of sounding like the losing team's postgame interview, I didn't hustle hard enough, I missed some opportunities, and at the end of the day, I couldn't get it done. That said, I still believe in the film and intend to see it; if you feel the same way, it's now available on home DVD and Blu-Ray.
-I'm re-reading Rammer Jammer Yellow Hammer by Warren St. John this college football preseason. The book spends a season amongst the RVs that follow the Alabama Crimson Tide throughout a typical football season. I've been known to revisit my favorite college football escapism before the season before - see also Clay Travis' Dixieland Delight - but a decade or more after my first read (if I recall, I read it after grad school but prior to moving to Greensboro), I've got a more mature sports fan palate and a current fascination with RVing, so I look forward to enjoying it all over again.
at 2:06 PM No comments:

A special needs drum corps has been invited to perform during DCI Championship weekend, and they need your help.

The FREE Players Drum Corps is an Old Bethpage, NY-based ensemble that emerged in 2010 from the Family Residences and Essential Enterprises (FREE) Inc. Theatre Arts Day Program, which serves individuals with intellectual disabilities, mental illness, and traumatic brain injury. Already, the FREE Player Drum Corps has put its stamp on the marching arts world, having performed at DCI's Eastern Classic in Allentown and WGI's World Championships in Dayton. As they prepare to make a 2018 appearance in Indianapolis, they need help with the cost to get them there. If it's in your means, please consider helping them out on their GoFundMe page. 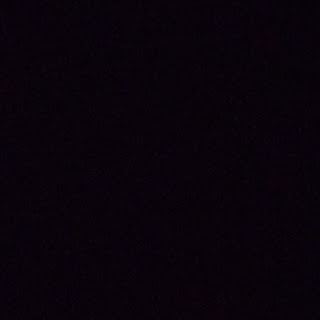 I am not a brand.

Sure, the website, the social media accounts, and the occasional use of an unnecessary first person plural may lead this to be perceived as such, but 80 Minutes of Regulation is, at present, the work of one man. Specifically a black man living in America, where the past few days have been tough.

I've always stayed obsessively on-topic, sticking to sports, marching/athletic music, and related sports-adjacents, but somehow it didn't feel right to just pick up and write another post as though all was as it was when I last posted a week ago. in the time since, the particularly harrowing past few days have seen the loss of life of two black men at the hands of police: First Alton Sterling in Baton Rouge, LA; and then Philando Castile in the Twin Cities metro of Minneapolis a day later. Last night, in Dallas, a sniper killed five police officers (not all names have yet been released, the only reason for their omission), wounding several more, in an ambush that broke out following a peaceful Black Live Matter protest.

It's been a trying few days, and I'm simultaneously hopeful and fearful for what's to follow for any individuals and for us as a nation. 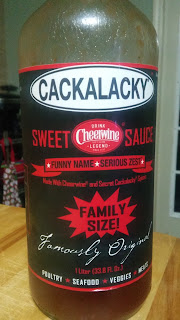 The Cadence of Gameday wouldn't be complete without tailgating, food, and beverages. Every now and again, and especially now for the holiday weekend, that's the focus.

Cackalacky makes the finest barbecue sauce that would never dare call itself that.

It wouldn't dream of it. North Carolina-based Cackalacky draws its name for the vernacular of a region where barbecue is taken seriously, and its sauce is distinctly vinegar- or tomato- (or, if you must, mustard) based. Cackalacky's sweet Cheerwine sauce, in contract, edges much closer to the sweet, sticky sauces one might find in Memphis or Kansas City.

But that doesn't change one fact: It's damn good. 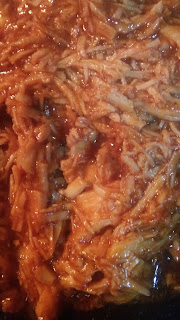 The good folks at Cackalacky started in the sauce business over a decade an a half ago. Their flagship offering is a tangier sauce that's sweet potato-based, and also delicious, but when they joined forces with fellow North Carolina product Cheerwine, the results were legendary. As a soda, Cheerwine's taste is unique among typical offerings, but the cherry flavored treat is undoubtedly of the Carolinas. In similar form, the Cheerwine sauce is sweet and tangy, and while it wouldn't call itself barbecue sauce, following the lead of your favorite sweet sauce might give you some guidance as to where you'd like it best. That may be topping a sandwich, saucing something on the grill, or flavoring shredded chicken or ground beef. Rumor has it it's even great on pulled pork, which is probably as perfect as it is sacrilege. In another Carolina collaboration, the sauce is now the feature of a new pork chop sandwich from Biscuitville. I treated myself to one yesterday (for research. Yeah, that's it. Research.) If you're still figuring out your eating plans for the 4th of July, I'd highly recommend grabbing some if it's within reach.  It's available by the jar, though I tend to go for the family size bottle.