The Paradox of Rivalry 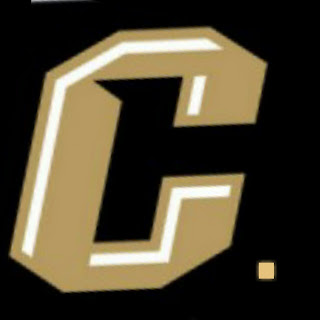 The greatest trick the College Football Playoff ever pulled was forcing me to cape for C.Florida. -December 2017

As Memphis was driving in an attempt to snap UCF's tenuous lead - and with it, the nation's longest winning streak - an interesting thing was afoot. I, as a USF alumnus, didn't know what I wanted to happen.

This is the paradox of rivalry:Wanting your biggest rival to come into their game with your team undefeated so that you and you alone may break their spirit, while at once wanting them to lose every game.

This Saturday's mood was a bit more nuanced. USF - ourselves 6-0 - won on Friday night against Tulsa, a last second field goal to lead for the only two seconds of the game that mattered against a team with one win. Had Memphis, an actual formidable foe for UCF, won in similar fashion after leading for much of the game, there may have been a poetic irony in the symmetry. Still, the Knights prevailed, and I didn't hate it.

These days, UCF takes on a different mantle. Should they go undefeated again - and to be clear, I don't want this, both for Black Friday and C.Florida crowing - they will increase the intensity on the spotlight they've shone on a system that will not - indeed, cannot - reward a team from outside of college football's power structure. Those who defend it will note that the playoff rewards this year only. this is correct on its face, but does nothing to acknowledge that somehow, the equity of name recognition, conference affiliation, and budget, all years if not decades in the making, all get to play a role. Likely undefeated ACC champion Clemson will waltz in unquestioned, despite their conference tying in out of conference action against the American (with Hurricane Florence mercifully sparing UNC from the ACC's fourth loss) Sure enough, the Knights will once again be on the outside looking in, a clear reminder that there is no access to a championship of any sort for a sizable portion of FBS teams. This illumination won't change a thing, of course, and the system will keep plugging along - after all, it's not broken if it does exactly what it was intended to - consolidate power in the hands of the haves.

But hey, if C Dot can cruise through again, maybe the can claim a national title defense.
at 8:42 PM