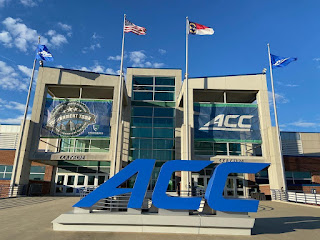 The ACC Grant of Rights is either the smartest or stupidest thing its member institutions could have done.

It may be both.

As another round of college sports realignment hangs in the air, the only teams that don't seem to be in play either already found their seat in growing superpowers the SEC and Big Ten, or are in the ACC. During the last major reshuffle, the member institutions swore what functionally amounts to a blood oath to one another: They contracted to “irrevocably and exclusively grants to the conference during the term all rights necessary for the conference to perform the contractual obligations of the conference expressly set forth in the ESPN agreement..” This means that even if a school were to leave the conference, all assets they would stand to gain from their new landing place through media rights would be remitted to the ACC. Practically, it makes the schools untouchable, so long as the grant of rights remains in play, which at present is until 2036 without some sort of intervention.

Conventional wisdom is that were the grant of rights not in place, the ACC would be in jeopardy. Geographically - as though that still matters - they already share nearly their entire footprint with the two 800 pound gorillas, and the more football-fronted schools in particular would make an excellent addition to either. The conference members have fortified themselves from poaching, but in doing so have locked themselves into a media rights deal that will continue to fall behind the power players. What the conference gained in stability, they lost in agility. While others can renegotiate and make forays into new media, the ACC remains locked for the next 14 years.

The grant of rights first came into being in 2013 near the close of a previous round of realignment. The ACC had been a primary aggressor at that point, decimating what was then the Big East, but tasted its own blood when losing the Terps to the Big Ten. Fearing future volatility, the first grant of rights centered around the contract with ESPN at the time; it was modified in 2016 with the groundwork for what would become the ACC Network and set for 20 years, to expire in 2036.

The thing is, 20 years is virtually an eon when it comes to the everchanging media landscape. Imagine, for example, a 20 year deal inked 20 years prior, in 1996. At that point, there's no way it could have anticipated even ubiquitous high speed internet and wifi, much less ESPN+, conference networks, YouTube, streaming services, and virtually every game being televised in some fashion. Knowing how rapidly the landscape changed in the first dozen years or so of the 21st century, the members had to have known that there was no way to imagine what the landscape would be 20 years hence. In walling off their city, they also shielded themselves from some modicum of progress.

Time what the future holds for the conference. They may be faced with an impossible choice: Letting the contract stand pat may mean taking less than they're worth, but to seek to rework the terms could provide the out that potential deserters need to answer other calls. Meanwhile, the SEC and Big Ten have reportedly both said there won't be any more moves - for now - and a big piece of that may be that the most attractive candidates are currently bound to the ACC. Should the grant of rights fall, the realignment land grab would likely spring back into high gear.