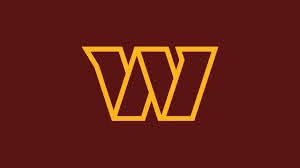 The Washington Football Team is now the Washington Commanders, the franchise announced yesterday, confirming a previous leak. The planned February 2 unveiling came with a robust brand kit, including a new crest, logo, and uniforms, but a few elements remain to be revealed.

Y'all know where I'm going with this.

The Washington Commanders Marching Band, the oldest marching band in professional football, last took the field in totality during the 2019 season, the last season the team competed under its previous name. 2020, was, well, 2020, and in addition to pandemic restrictions altering crowd attendance, the band pared down to just the drumline for that season. The drumline remained during the 2021 season amid the rebrand, but the full band is slated to return to the field for the 2022 season.

But what will they look like? The band updated their uniforms more than a decade ago, forgoing headdresses and other faux-Native American imagery for uniforms more readily recognized as "traditional" marching band uniforms. What will the next update bring? Will the new name evoke military imagery? Would a program so steeped in tradition go the route of some of the more modern designs found in DCI and high school marching bands?

We also haven't yet learned what is to become of the fight song, also among the oldest in the NFL. Hail to the Redskins was both fight song and rallying cry, and no doubt the Washington football faithful auditioned team names within the cadence as the front office mulled potential name changes. Assuming the tune doesn't change, most notice immediately that the new name simply doesn't fit. The Commanders could insert a two syllable rallying cry: Something like "Let's go, Commanders" would fit, however generic it may be. The current fight song lyrics are such that relatively little change is required. With an update to the opening line and "Braves on the warpath," the rest of the song can be used unaltered.

If they're willing to take their cues from a fan of a division rival, I've arrived at my suggestion: Drive On, Commanders. "Drive," as both a noun and verb, is already featured in any number of football fight songs, but that particular construction would be unique to the new team identity. It also acronyms to DC, at least as well as the District [of] Columbia does.