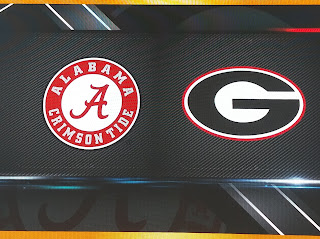 Who is the casual fan?

They get brought up often, usually in the context of TV ratings, and especially in the postseason. As Georgia and Alabama prepare to play for the College Football Playoff championship, questions abound about how much the "casual fan" cares to see this matchup. The question is not without merit. The two played just a month ago in the SEC championship game. Alabama in particular is the "boring" participant, having appeared in five of the last six championships and won three of them. Both teams represent a conference, the SEC, that holds four championships in the playoff era. The pair are separated by less than 300 miles, and occupy two adjacent states in the southeast. It's easy to see how the rest of the country - or at least the ones who aren't chanting S-E-C - would be uninterested.

And yet, the last time these two met in the title game, following the 2017 season, was the second most watched championship game of the playoff era. While Bama wasn't yet as deep into its just-this-side-of-boring dominance by that point, most of the other factors remain the same. So why did it draw so many eyeballs? Perhaps "casual fan" is a misnomer.

"Casual fan" may accurately describe those who don't cling to every pre-season magazine, watch every also-ran bowl game, consume every piece of media about the sport, but it may not get at what they are fanatical about. To a casual college football fan who loves sports because they enjoy seeing amazing athletic performance, for example, this game may be of great interest. To those who can't miss a championship game for simple FOMO, they're tuning in. The game is also of interest to those who are primarily NFL fans - after all, it will be full of players with Sunday in their future. Even with an Alabama program that writes the championship game in their planner in pen, the potential that Georgia might be one of the few to get the best of the Tide may be of interest to the casual fan. So whether they're tuning in to hate-watch Bama, get a glimpse of the future, or just get the last glimpse of college football until the fall, there's a good chance this one still draws decently.