Fangs for the Memories

If I told you that the latest round of realignment left a conference's southern edge stretching from North Florida to East Texas, you might think it was a callback to Texas A&M's announcement to join the SEC.

This time it's the SWAC.

Florida A&M announced Thursday that they will head to the SWAC effective the 2021-22 academic year, making this coming school year their last in the MEAC. Their departure from the conference will coincide with that of North Carolina A&T, who will depart for the Big South.

FAMU's conference move is understandable, if not foreseeable, in the context of the round of realignment that led to Big East football's dissolution. Once Pitt and Syracuse announced their jump to the ACC, no one wanted to be the last team left standing when the music stopped, and everyone with a viable path began heading to the exits, including such strange bedfellows as West Virginia to the Big 12 and Rutgers to the Big Ten. At first glance, FAMU in the SWAC may seem one of those mismatches.

But historic fiefdoms aside, FAMU to the SWAC isn't as out of place as it seems. The Rattlers were one of the two southernmost schools in the MEAC, the most extensive conference east of the Rockies. While FAMU will be the only conference school in the eastern time zone, even their longest road trip - a 750 mile jaunt along I-10 to Prairie View A&M - is shorter than its current conference trips to the entire MEAC North:

FAMU's departure deals yet another blow to an already reeling MEAC, who will be down to just seven football members after losing FAMU and A&T. In both programs, it's not just that they've lost, but who they've lost: Two of the largest HBCUs in the nation, each school's name recognition, and in the case of FAMU, the only HBCU to win the I-AA (now FCS) national championship and a Sudler Trophy. And as in the case of the Big East, this level of instability could cause other programs to get antsy. While the SWAC isn't a good geographic fit for anyone else in the conference, any of the programs could consider relegating to Division II and joining the CIAA or SIAC, or joining a conference that's not primarily comprised of HBCUs. Howard, Norfolk State, NC Central, and SC State fit neatly into the Big South footprint, for instance, and the conference has already welcomed fellow HBCUs Hampton and A&T into the fold.

It's also worth wondering what the SWAC's end game will be. The addition of FAMU gives them 11 members and unbalanced divisions. While they've already received the NCAA exemption to hold a conference championship game with fewer than 12 members, further expansion would bring balance. A logical target would be Tennessee State, the OG of Division I HBCUs outside of the MEAC and SWAC, which currently resides in the Ohio Valley Conference. The Tigers already enjoy rivalries with SWAC schools, and as a member of the SWAC would have access to the Celebration Bowel and a Black College Football National Championship - provided the MEAC endures and the game continues. Adding Tennessee State might also cause a divisional realignment; assuming the SWAC didn't intend to go the Mizzou-in-the-SEC-East route, either Alcorn or Jackson State would head west. 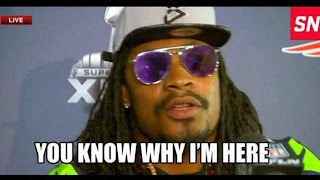 And, of course, the move to the new neighborhood means new conference matchups for the Marching 100. Last season's tilt with Southern's Human Jukebox was highly anticipated, and as a conference showdown, these two programs can rekindle both familiarity and contempt. Their presumed division along will bring trips to and visits from the likes of the Sonic Boom of the South and Marching Maroon and White each year, while in the crossover loom the Ocean of Soul and the World Famed Tiger Marching Band in addition to the Human Jukebox. FAMU's football prowess may even land the 100 a visitor in Tallahassee for the SWAC championship game, or a trip to Atlanta for the Celebration Bowl. FAMU - both the team and the band - get access to fertile recruiting in Louisiana and Texas, in addition to that which they already enjoy in Florida and nearby Georgia and Alabama. The MEAC/SWAC smack talk lines are no longer strictly regional, the Florida Classic is now an intersectional matchup, and the HBCU sports landscape changes once more.
at 6:09 PM