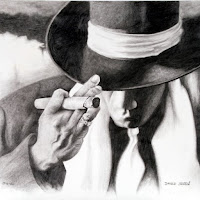 Last week, it was announced that the Jay-Z, through Roc Nation, would enter into a partnership with the NFL through which he would become the entertainment strategist for the league, as well as partner on social justice initiatives. There's been significant reaction since the announcement, most of it unfavorable for Hov.

I've decided I'm going to go a route that's rare on these here internet streets: I'm going to reserve my right not to have an instant reaction. Yes, in a world that all but demands an immediate opinion and accompanying thinkpiece, I'm in no hurry.

I will say this: Jay looks real wack right now, as most pieces have pointed out. After backing Colin Kaepernick's protests of police brutality, and even quipping in a lyric, "I said no to the Super Bowl, you need me, I don't need you," he seems to have done a complete 180 in siding with the league, especially against the backdrop of Kaepernick's continued unemployment. Still, the possibility exists that Jay-Z is playing chess, not checkers, so we may have to wait to see how this all plays out.
at 11:36 PM