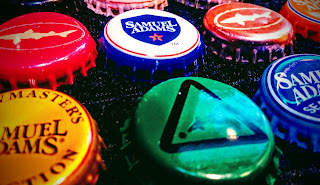 Two of the larger names in craft beer are joining forces.

Boston Beer Company (Samuel Adams) and Dogfish Head announced late last week that they will be merging. The two breweries were the second and thirteenth, respectively, in terms of craft brewery sales in 2018, and their merging represents a sizable shift in craft beer.

True enough, my first thoughts on the merger came not as a craft beer drinker, but as a Delawarean. We're a bit territorial when it comes to our native son Dogfish Head, and while both sides describe the move as a merger, my big-bank-take-little-bank lens immediately saw this as Boston Beer Company acquiring Dogfish Head, and feared the disappearance of at least the name of a chiefly Delaware brand, as when Walgreen's acquired Happy Harry's or Bank of America acquired MBNA. From a sports perspective, the prospect of losing our identity to a New England-based company particularly stung. Thankfully, it doesn't look like the brand is going anywhere.

Sam Adams has long been among the most macro of the micros and the big dog in the craft brewing room. Still, they've maintained their commitment to independence, and where some others are instead selling to major breweries like Budweiser's AB InBev, Boston Beer Company and Samuel Adams instead opted for this strategic alliance. They aren't the first to do this - notably, Artisanal Brewing Ventures was born of Victory and Southern Tier, and has since acquired Sixpoint - but certainly this merger is a big deal. I've even seen some call one or both parties sellouts, which doesn't make a bit of sense to me. Craft beer has long embodied a "we all we got" ethos, and any attempt at Voltron between companies is simply to continue to stake that claim. As the companies note in the press release, they still make up less than 2% of the national beer market, and craft beer in its totality only makes up about 11%. This move isn't knocking down the Buds and Millers of the world anytime soon, but it's keeping both brands in the game.
at 4:28 PM