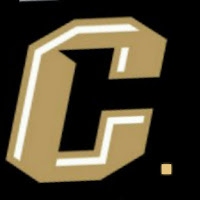 Yes, I've been dismissive of the rivalry with C. Florida in the past, but I've since come around. This year's contest has everything at stake. It's a touchdown or a pick six - win the division, possibly the conference, and go on to play in a New Year's Six bowl, or watch your archrival do the same - in USF's case, while also watching them complete a perfect season.

The good folks over at The Daily Stampede broke down why I tend to refer to them as C. Florida. You should read it, but the Cliff's Notes version is that they are quite adamant about being referred to as UCF - probably so as not to be seen as a directional school or a derivative of Florida - and it really gets under their skin. For the record, our style guide wants us to simply be USF as well, but we don't get our feelings hurt quite as much. I'd also argue that we don't have a leg to stand on, considering we spell South Florida in our fight song.

Looks like we're in for a helluva game in Orlando this Friday. See you there, C Dot.
at 7:09 PM