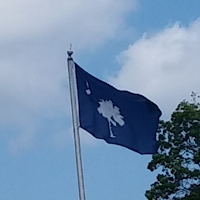 South Carolina is making big things happen from a tourism and hospitality standpoint.

I first saw it in action last month. While attending the Men of Color National Summit - hosted by Clemson in Greenville, SC - it was clear that the city of Greenville and Greenville County were fully committed to the conference, its mission, and the wellbeing of the guests to their region. The mayor and other public officials addressed conferencegoers, welcoming us. Many municipal agencies were showcasing in the hallways of the convention center. Greenville seemed fully committed to putting their best foot forward and meeting the needs of the conference, which they will host again next year.

Apparently that hospitality's not limited to the Upstate.

In the Marching Podcast's episode with National Collegiate Marching Band Championships and Festival founder Bob Lane, Lane spoke of the connections in Columbia that were committed not only to pulling off the first event, but to keeping it in Columbia as a point of pride and eventual destination for band fans nationwide. No less than the mayor are part of the team that is bringing this event to the Palmetto State's capital.

It's worth noting: With the removal of the Confederate battle flag from the State House grounds in 2015, South Carolina only recently gained back the right to host NCAA postseason play. While I don't know what other embargos other industries may have placed on the state, I"m certain that bringing business into - or back into - SC has been a priority. Judging from at least these two events, they're committed to making it happen.
at 2:27 PM