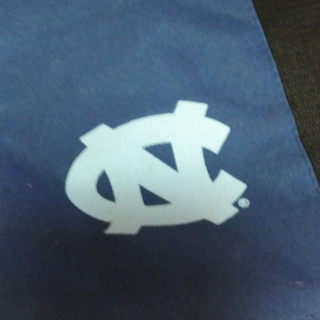 This ain't politically correct. This might offend my political connects. -Jay-Z

Minutes from now, the University of South Carolina will tip off against Gonzaga in the first game of the men's Final Four. Immediately following, the University of North Carolina at Chapel Hill will take on Oregon for the right at the second spot in the national championship game. Does the possibility exist that we'd have Carolina vs. Carolina?

If you ever catch me using the term "Carolina" otherwise unqualified, It's the University of North Carolina at Chapel Hill. Period.

It might seems strange for those who know I'm not always keen on letting flagships sit on simply the state name (most notably the University of Maryland at College Park). So why let the team in light blue take up two?

I would imagine part of it is the marketing machine. Even if both schools' machines hum at a similar clip, I've lived in NC for nearly 12 years and work elsewhere in the university system, so it's no surprise that one hits me closer. From a logical standpoint, UNC wins the age battle, predating South Carolina and laying contested claim to being the oldest public institution in America.

But perhaps no small part of it is that I've incorporated at least a bit of the NC pastime of disdain towards SC. Long before it was one of Mary Oates Spratt Van Landingham's "mountains of conceit," Lesser Carolina has been locked into a sibling rivalry with its northern neighbor. So while I have nothing personal against the University of South Carolina, letting the Mighty Sound of the Southeast camp on simply "The Carolina Band" is about as close as I get to calling the school in Columbia Carolina.
at 6:04 PM