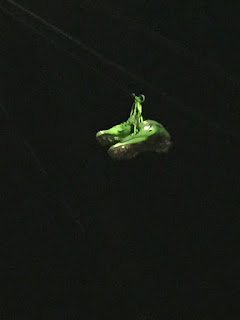 During the Super Bowl, Seattle Seahawks standout Marshawn Lynch famously announced his retirement with the hood-poignant imagery of cleats over a telephone wire. Around the same time, talk began of retirement from the Detroit Lions' Calvin Johnson, and while not yet final, his departure would remove another big name from the game. Both Lynch and Johnson entered in the first round of the 2007 draft, and are retiring relatively young after less than a decade in the league.

I love seeing the best in the world compete, but I sincerely hope players stepping away from the game while they still have their relative health becomes a trend. The dangers of football are increasingly well documented: Football is a sport that takes years from one's life and life from one's years. While we are now coming to a full understanding of CTE, concussions, and other head trauma, the physical toll it takes on players has been common knowledge for a long time: Men who can no longer dress themselves, walk up a flight of stairs, or get a night's rest without the use of painkillers. As much as I love the sport, there is no need for the continued decline of quality of life that comes from years of playing professional football.

While self-preservation is smart, Lynch is also making another example that others would do well to emulate. Beastmode reportedly hasn't touched any of the nearly $50 million he made from the NFL, instead susbsisting on endorsements and other income. We've seen that sometime the fast, big money of professional sports leaves as quickly as it comes. It seems that Lynch has planned against that well, allowing him to get in, have a fulfilling career, and get out to pursue the next passion while he's still young and healthy enough to enjoy it. I hopet o see others follow in his footsteps.
at 8:25 AM