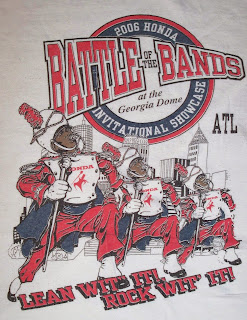 For the first time in its nearly a decade an a half of existence, The Honda Battle of the Bands will be able to be viewed live outside of the friendly confines of the Georgia Dome. The 2016 edition of the Invitational Showcase will be streamed live on Campus Insiders.

Campus Insiders first hit my radar as an AppleTV user; their network is available through that platform. Still, they may have caught the consciousness of many as a broadcaster of live events this past bowl season, when they brought us the Arizona Bowl. Now, they're continuing that foray by becoming the broadcast partner of the Honda Battle of the Bands.

I've been waiting for a network of any sort to pick up a regular band broadcast, and it probably shouldn't surprise that it was one who traffics in the digital domain. In the same manner Netflix and Hulu original material isn't bound by the constraints of typical show lengths, Campus Insiders can pick up the Honda where other networks may not. I've also pined for the Honda to become a viable bye-week - halftime, if you will - alternative to the Pro Bowl between the conference championships and the Super Bowl. I don't know about you, but I'll be taking full advantage of that setup.
at 1:02 AM