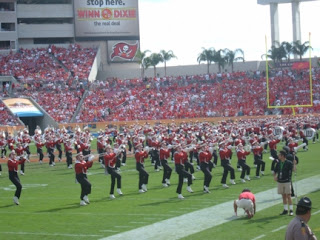 With all due respect to the Army-Navy game - an event in its own right - college football's 2015 regular season is behind us. This past Sunday, bowl bids were parsed out, and 80 FBS teams are headed to 41 bowl games, including the national championship. As we do every year, some among us ask the question: Are there too many bowls?

I've been told by the talking heads - many of whom, I should note, work for ESPN, which benefits financially from the bowls - that my answer of yes is blasphemous. Football is a glorious thing, the narrative goes. and it will soon leave us for eight months. Get it while you can! It's true that I love football and am loath to complain about more football, but there are a few reasons why the current bowl slate is too much.

First, I'll note what this postseason gets right that I hope continues into future years. My previous stance was not that there were too many bowls, but that too many bowls without the proper clout - those I affectionately refer to as the "ain't shit" bowls - existed after the turn of the calendar. This year, the bowl schedule keeps its nose clean: The New Year's Day and January 2 bowls are the Outback, Citrus, Fiesta, Rose, Sugar, TaxSlayer (née Gator), Liberty, Alamo, and Cactus (née Copper), all of which pass muster to varying degrees. Gone from the new year are the BBVA Compass Bowl and the GoDaddy.com Bowl, and we're better for it.

That said, three teams with a losing record at 5-7 will be participating in this postseason. I will concede that bowl games are but exhibitions, but there has, to this point, always been a sense of "deserving" to play in one, and the reward of extra practice time that it brings. In the days of 11 game of schedules, 6 wins - a winning record - was established as the line of demarcation; that line remained when schedules went to 12 and 6 wins simply meant a .500 record. A 5-7 team that loses a bowl game falls to 5-8, a solid three games below .500, yet this is the mark we have now set.

But bowl games are exhibitions for our entertainment! OK, fine. But if each and every one is important, they've got to be watchable, right? Because there are a few bowls that are overlapped entirely by other bowls. If we were to give each bowl a mostly distinct time slot (let's say overlapped by less than two hours) we'd lose three: Gildan New Mexico or Royal Purple Las Vegas; Hyundai Sun, Zaxby's Heart of Dallas, or New Era Pinstripe; and NOVA Home Loans Arizona. The latter is most ready for the chopping block; it's only "televised" on Campus Insiders, which is available online and on various streaming devices. I allow for overlap on New Year's Day, as the Good Lord intended while folks get in their final fix and nurse hangovers.

Further, people have to work. I work in higher ed, which gives me the entire week between Christmas and New Year's Day off, and even I will miss my alma mater playing in the Miami Beach Bowl, scheduled for 2:30pm on Monday, December 21. Excluding games that you'd lose two or more hours to a standard 8-5 Eastern time zone work day, you'd lose another four games.

Finally, and most importantly, no one should go broke going to a bowl game. And yet, there are bowl games that play to mere hundreds in the stands, because their primary audience is the TV viewers. As a result, schools find themselves in situations where they're making rash decisions like not sending the entire band. A bowl should feel like a reward, not an obligation. If fewer of them will help get us closer to that ideal, I'm all for it.