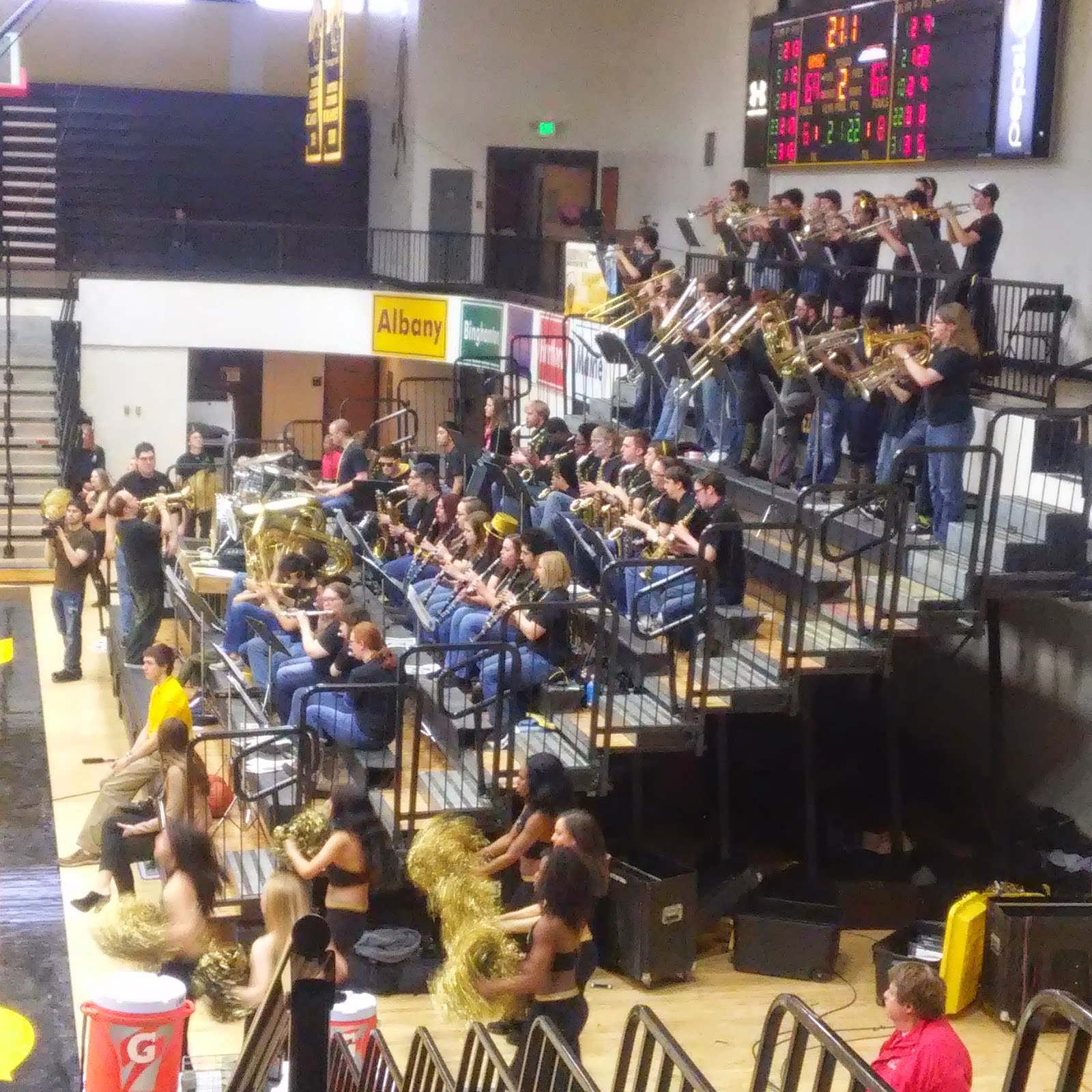 They say a dog is always happy to see you when you come home.

It's fitting, then, that my wife and I, both UMBC alumni, were welcomed with open arms when we headed back to campus last weekend for the 2015 Spirit Groups Alumni Day. I made the trip alone two years ago (the destination of my 2013 Basketbinge) but this time we made a family trip out of it, spending the weekend with my in-laws.

While I wasn't there in the very beginning, I joined the Down and Dirty Dawg Band in just its second year of existence, meaning that the folks gathered there, especially when I come through as the designated old guy, span nearly the entire history of the organization. There were members I had met on the last trip, others I had connected with on social media, still others who shared the stands with me during my time in the band. And among us all, and even those to whom I never spoke a word, there was as shared experience, a pride in the teams we support (even the one that would move from three to four wins on the season that day) but just as importantly, in ourselves, a band that is routinely mentioned by television announcers and regarded at the top of our conference. Head men's basketball coach Aki Thomas and assistant coach and former player Jay Greene even came and spoke at our bruncheon, a mere hour an a half before tipoff. The fact that they would take such a break from a gameday routine to address us all - and while my experience was with the pep band, the day included the dance team, cheerleaders/tumblers, and Fever Retrievers as well - shows that they support us right back.

Musically, I spend a few tunes on drumset, including my once-signature Sing Sing Sing, and while I ain't as good as I once was, I can still get by. I also got to jam out some with the rest of the rhythm section, some of which made it to the ESPN3 broadcast. And while my son stayed with his grandparents, my daughter got to enjoy campus with us and even hang out with "the doggie".