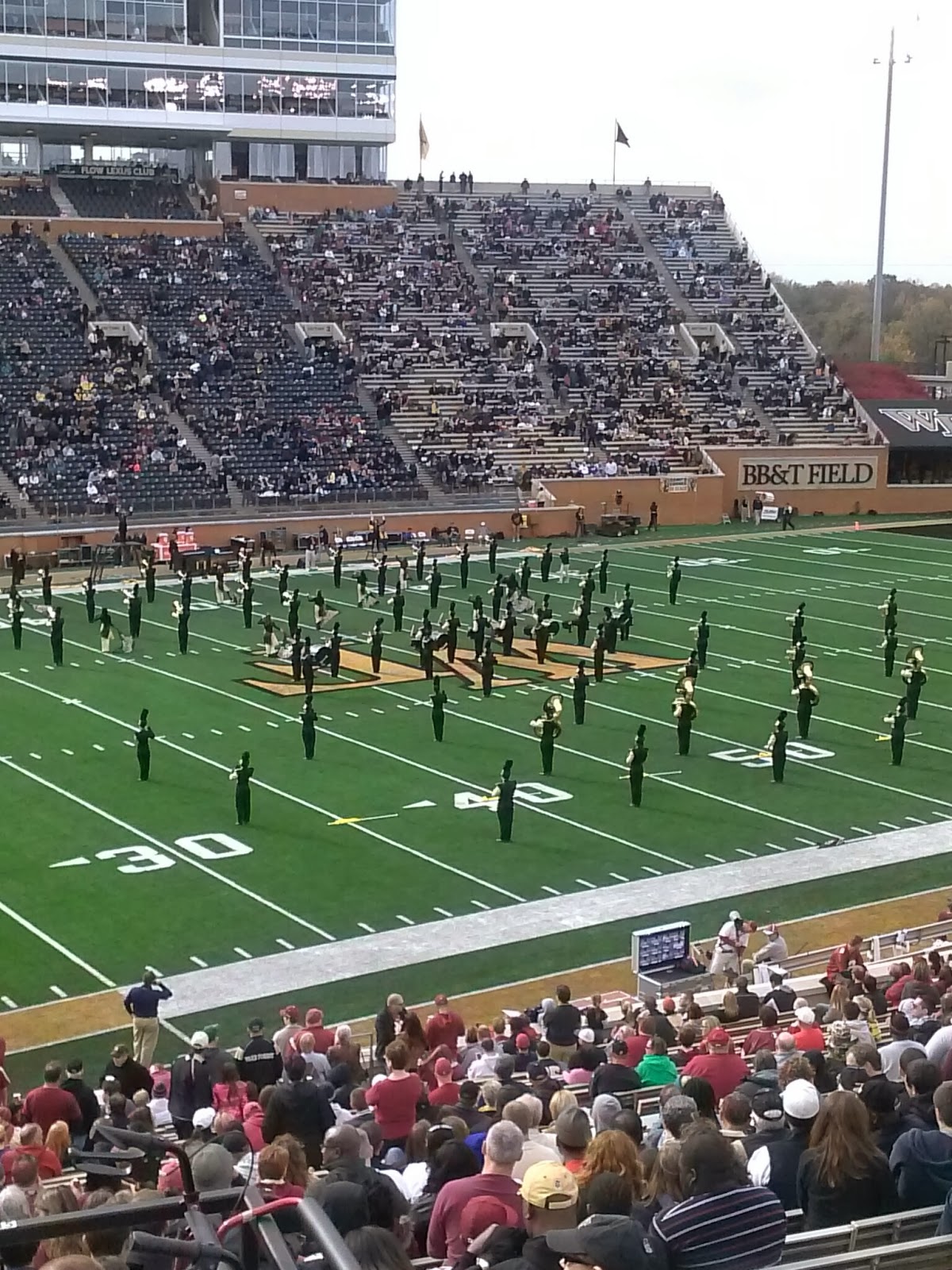 I've actually been holding this one close to the vest since it came to my attention. This makes me, I suppose, a horrible journalist, but a formidable confidante. I'll take that.

NightBEAT, the annual Tour of Champions event put on by Carolina Crown, has been relocated from Charlotte to Winston-Salem at BB&T Field, home stadium of Wake Forest football. As a previous ticket purchaser, I was invited about a month ago to take a brief survey gauging interest and likelihood of attendance in the event that NightBEAT were to make that move. I knew then it was a strong possibility, and sure enough, word came out on Friday that Winston would be the event's 2015 home.

I couldn't be more thrilled.

NightBEAT is typically a nearly two hour trek for me from my home in Greensboro. Not bad, to be sure, but the 45 minutes to Winston is far better. And while it's virtually home for me, it is home for friends of mine - and my usual NightBEAT crew - who work for a high school band there. In fact, there's a good chance they'll be a host site. I've longed for a drum corps show to make it here to the Triad, and now, even if it's a one year engagement, one is coming.

As for Wake Forest, I'm no stranger. Having good friends who are Florida State alumni, I've been there about every other year when the Noles come to town. I've already got my tailgate spot and everything. In fact, with a shorter trip, local friends, and my daughter being four and more up to a longer day, we may indeed return to the lot after a few years' hiatus before this one.

What's more, there's an undercard to the news that could otherwise go overlooked. While NightBEAT will feature the Tour of Champions' usual suspects, this year's event will also include the Madison Scouts. My only - albeit minor - qualm with my closest show being a TOC event has been that it doesn't give me the opportunity to see anyone outside of that group of corps. I'm glad the men of Madison will be making the trek this time around.