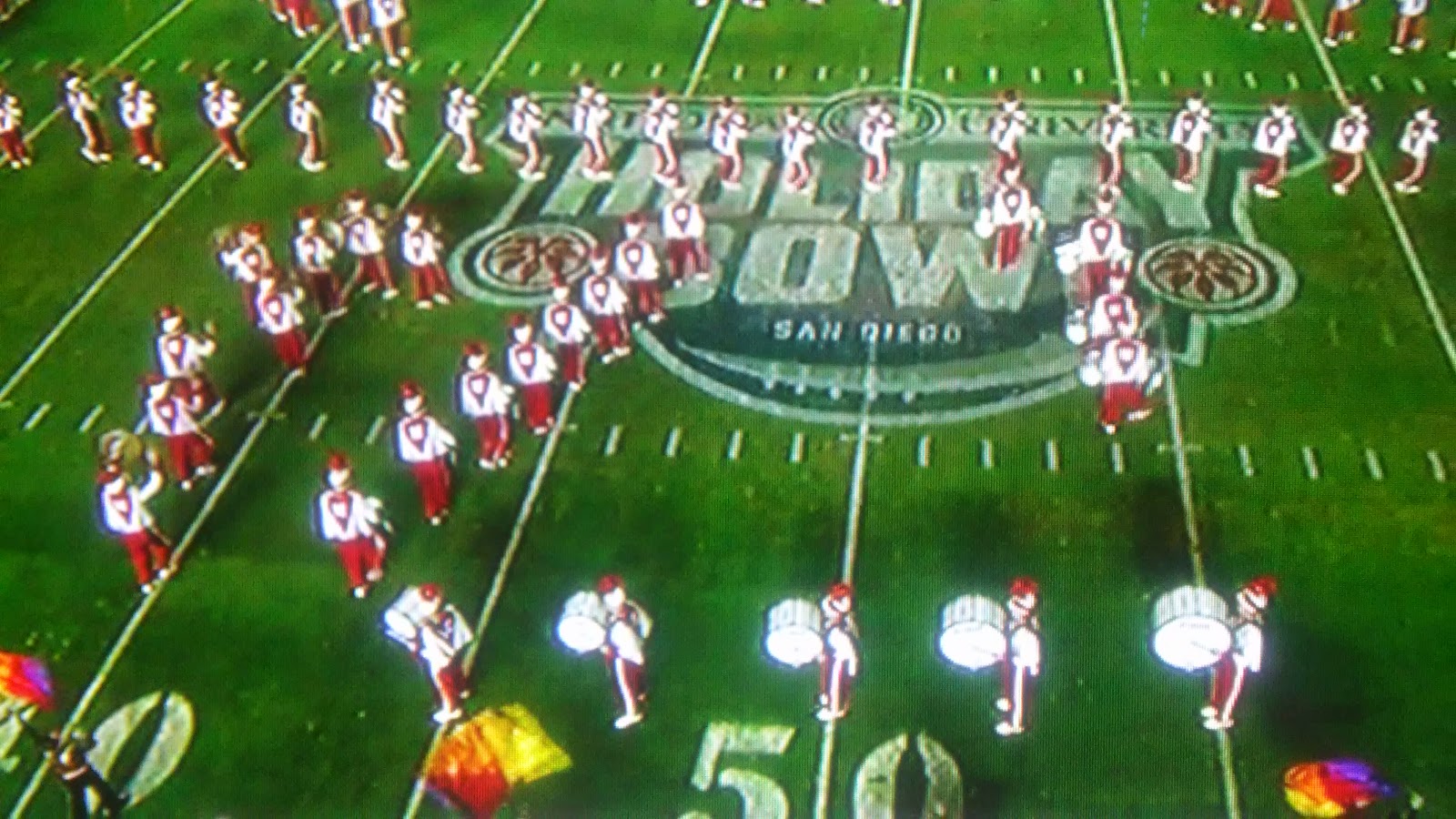 Just because something has some history doesn't mean it doesn't deserve an introduction.

While I failed to introduce the series at it began this year, perhaps it's fitting that I take a break at about halftime to let you know what's going on. Now in its fourth year, the Big Band Bowl Battle (B4) has, since the 2011 season, previewed each of the bowl game marching band matchups. Each year, it's 80 Minutes' most ambitious undertaking, taking shape between bowl announcements in early December and being completed prior to the each respective bowl, with all posting before the new year. With 38 bowls and 76 bands prior to the National Championship game, B4 grows each year, and provides insight into each of the bands you'll be seeing (or more likely, not) during the bowl season.

For the fellow Sudler Trophy aficionados: This season features four dual Sudler matchups, with three of them - Texas A&M vs. West Virginia in the Autozone Liberty Bowl, Arkansas vs. Texas in the Advocare V100 Texas Bowl, and Notre Dame vs. LSU in the Franklin American Mortgage Music City Bowl - taking place in the current two day span. The fourth, Alabama vs. Ohio State, will take place in one of the national semifinals, guaranteeing that either the Million Dollar Band or the Best Damn Band in the Land will tote the trophy into the championship game. Not unlike football this season, the SEC West is on display - each of those pairings feature four of the division's five Sudler winners, while the fifth, Auburn, takes on Wisconsin on New Years Day in the Outback Bowl.

Each post features a peek at the two schools - and as often as possible, the band matchup - and features a video of each of the bands, typically from this season. As I've mentioned before, I'm confident it's the most thorough preview of its kind. You can see all of the posts from this year and years past at the B4 tag. I hope you enjoy!
at 12:35 PM