A Classic in Lexington 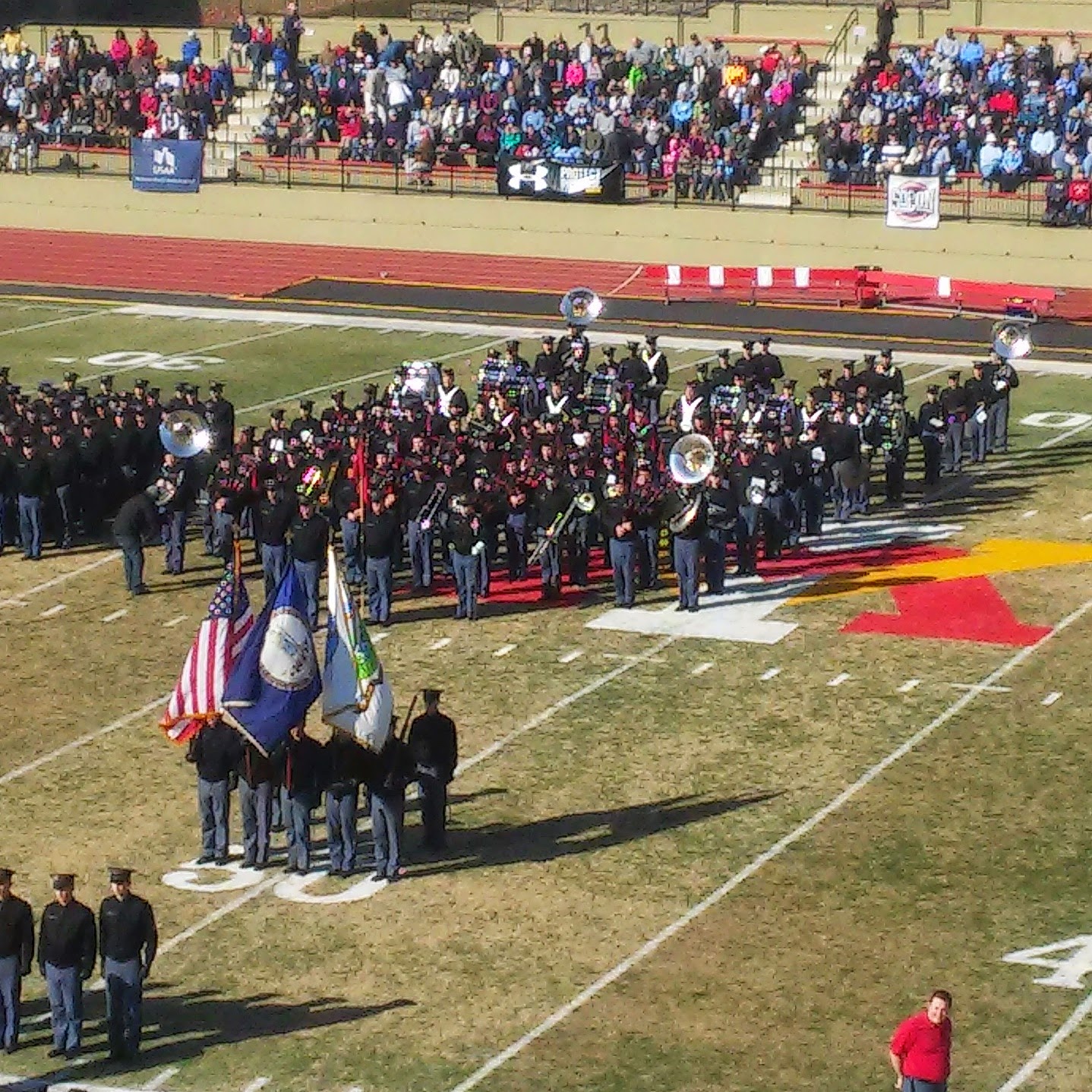 Two weeks later, a recap on my trip to Lexington for the Military Classic of the South.

I've mentioned before that there's something that makes getting up to head to a game easier, and that Saturday was no exception. I was on the road and headed north to Lexington by 7 in the morning, eager to check out the game and Lexington itself.

As a history nerd, Lexington offered plenty. It was once the home of both Robert E. Lee and Stonewall Jackson. In higher educational history, it boasts the founding of three fraternities, commonly called the Lexington Triad, and my own honor society, Omicron Delta Kappa.

I parked in a recommended lot just off campusa spot where tailgating could have been an option, has I come equipped. I made it by foot first to the campus of Washington and Lee, where I visited Lee Chapel, where Robert E. Lee is entombed. Unfortunately, Washington Hall, directly across the walk, was closed; that building contains a plaque commemorating the founding of ODK.

From there, it took mere minutes to walk onto the adjacent campus of VMI, where I checked out the post and the tailgating scene before ultimately making my way down to the stadium in plenty of time for the pregame pageantry.

I'll admit that, while certainly impressive, the Military Classic of the South wasn't quite what I expected. Perhaps I was expecting Army-Navy redux, featuring cadets from Citadel as well as VMI, and hopefully Citadels band as well. Instead, is was simply a VMI home game, but it did feature a full march on of the corps, including the Regimental Band and  Pipes and Drums. The corps marched in, appropriately, to Shenandoah played by the pipers. Foster Field at Alumni Memorial Stadium was a venue appropriate for a school at VMI's level, seating 10,000 with the vast majority being on the home side. Significat seating was occupied by the corps, who emptied the stands at each VMI score to knock out some pushups, accompanied by the firing of their cannon, Little John.

The home team fell to Citadel, as they had in the previous seven attempts. Time expired just as the sun set over Lexington; excellent timing, as it was getting cold. The Citadel team would take home the Silver Shako once again.

A few of the sights and sounds of the day: