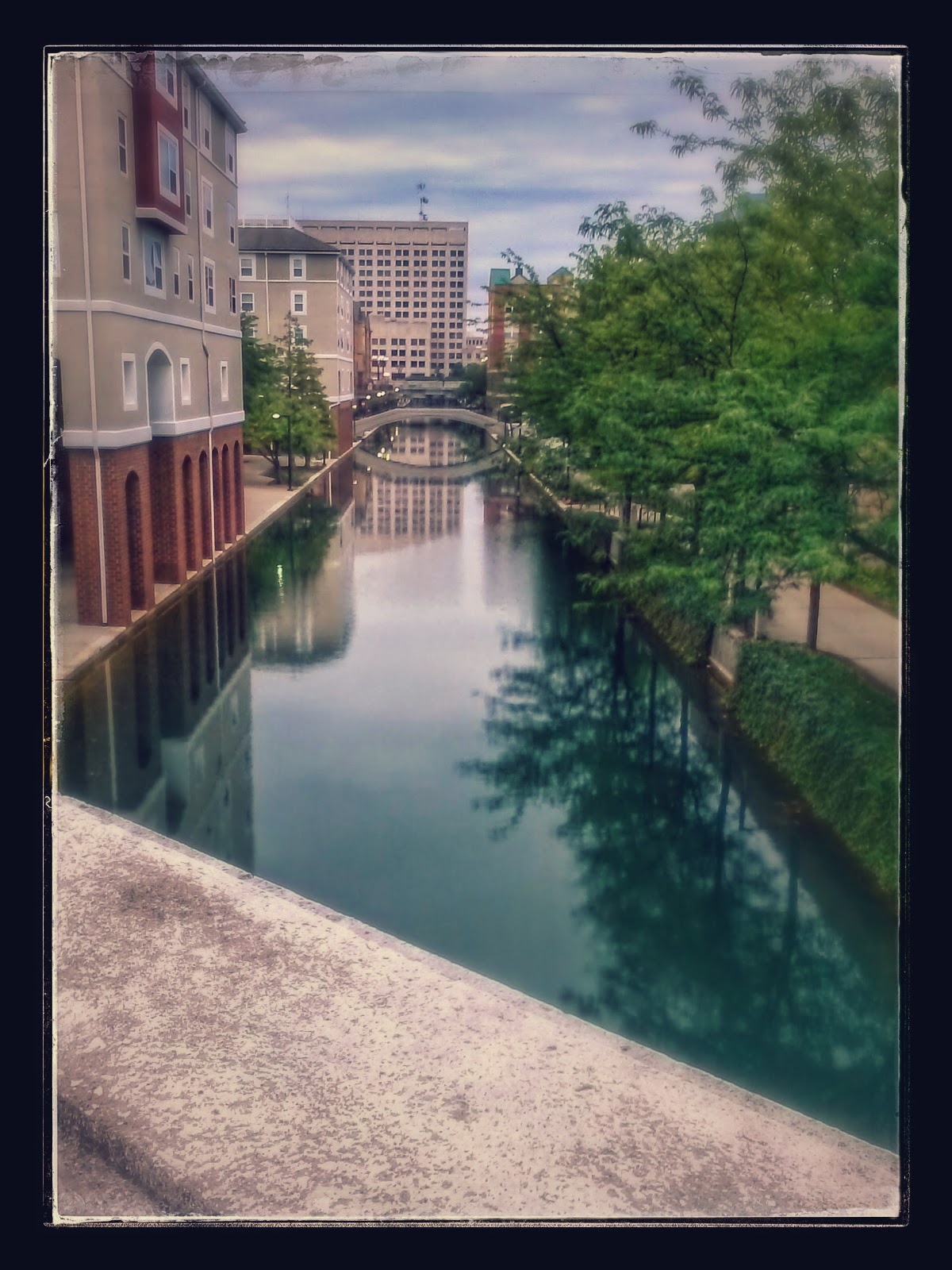 My wife and I have never been the sort to let the grass grow under our feet when traveling, so when I brought the Street Beat 5K going on as part of the championship festivities to her attention, she said "why not?" True enough, despite being paired with the marching arts, it wasn't my sort of 5K, but I knew she'd love to run it, even though it meant getting down to downtown Indy at about 7 that morning. The run was at Indy's Canal Walk, a cool part of the city we'd return to later in the day. The run was sponsored in part by the Boston Crusaders. A corps from Boston sponsoring a run? Why not? The race seemed to draw folks from the area with no affiliation with drum corps as well; the female winner was a student at IUPUI who now has a drum among her race trophies.

We headed back over to the city center for breakfast at Panera, but because of the early race time, it would be a bit before the museums we intended to hit would open. We headed back to the car for a recharge - of selves and phones - we headed back out to catch Drumline Battle, one of DCI's new, more accessible initiatives. 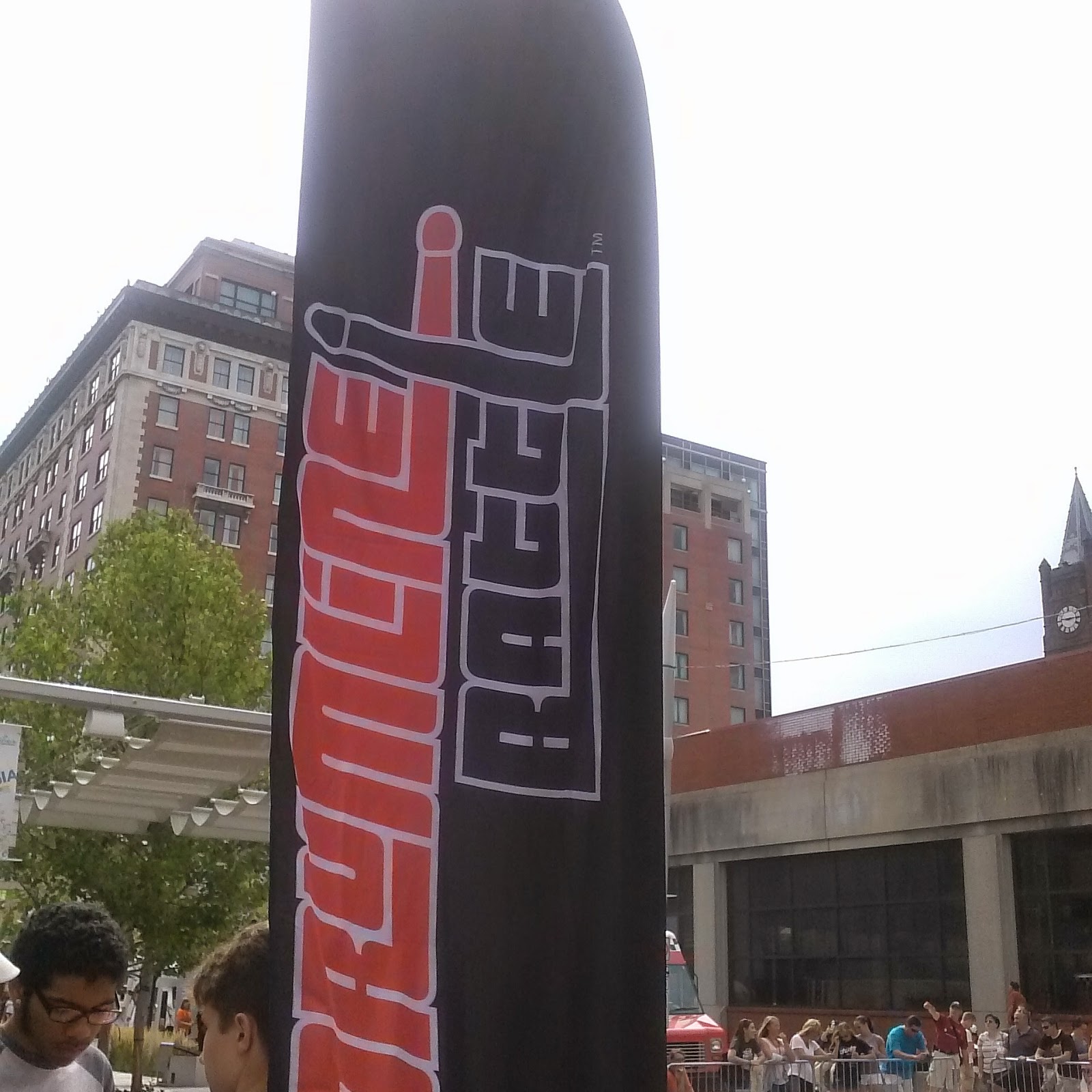 I'm not sure how the average DCI fan takes to Drumline Battle - we know how many feel about Drumline - but seeing the concept for the first time, I really liked it. The two lines facing off against one another take turns stepping into the square and throwing down. A coin flip determines the order; the winner can elect to receive or defer. After a ground level vantage point was blocked by photographers and other official type folks, we went up into the adjacent parking garage for a high angle view.

Following the battle - we caught a few individual battles, and a few more corps in the warmup zone, we headed to the Rhythm Discovery Center. Unsurprisingly, I'm sure, I was like a kid in a candy story at the Percussive Arts Society's de facto showroom, a drum-based museum with plenty of hands-on opportunity. The feature exhibit was the history of the drumset, and in addition to a cool history lesson about the way the set has evolved, they had a few classic example's including sets from Neil Peart and Ringo Starr. And while those weren't playable, many more instruments were. 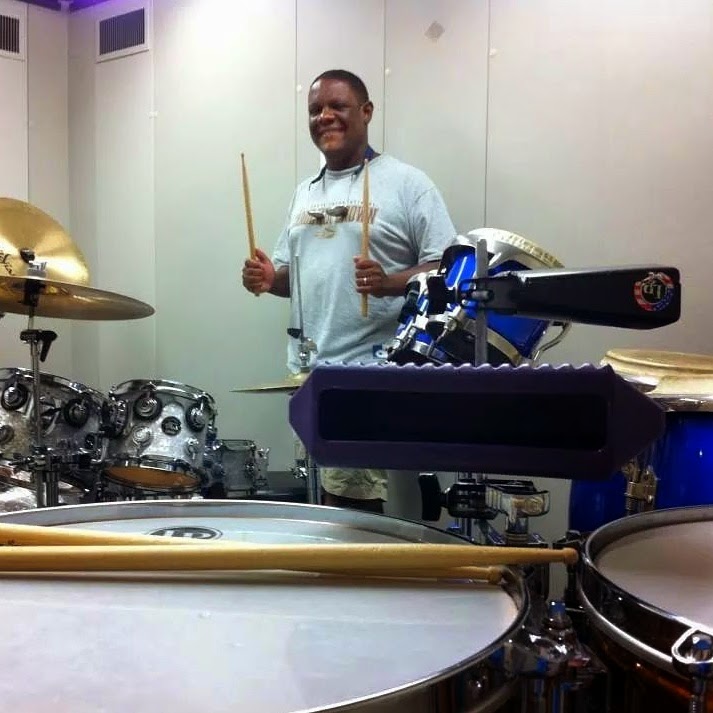 If there would have been another musical opportunity to cap the way with - we headed back uptown to my brother in law's before any corps warmups started - I could have considered the next activity a sports halftime in a day of marching/athletic music. As it stands, though, the NCAA Hall of Champions was our final visit of the day. As long as you acknowledge up front that it's a mouthpiece for the Association, the museum is enjoyable, featuring interactive exhibits, information on every NCAA championship at every level (including the two UMBC has from the D-II days) and a touch screen with every NCAA program in the country. It was actually a busy time there adjacent to NCAA HQ; just days after the O'Bannon verdict and the day after the Power 5 conferences' autonomy was granted. Coincidentally, their exhibit spoke of the 40 years that had passed since Divisions II and III came into existence. 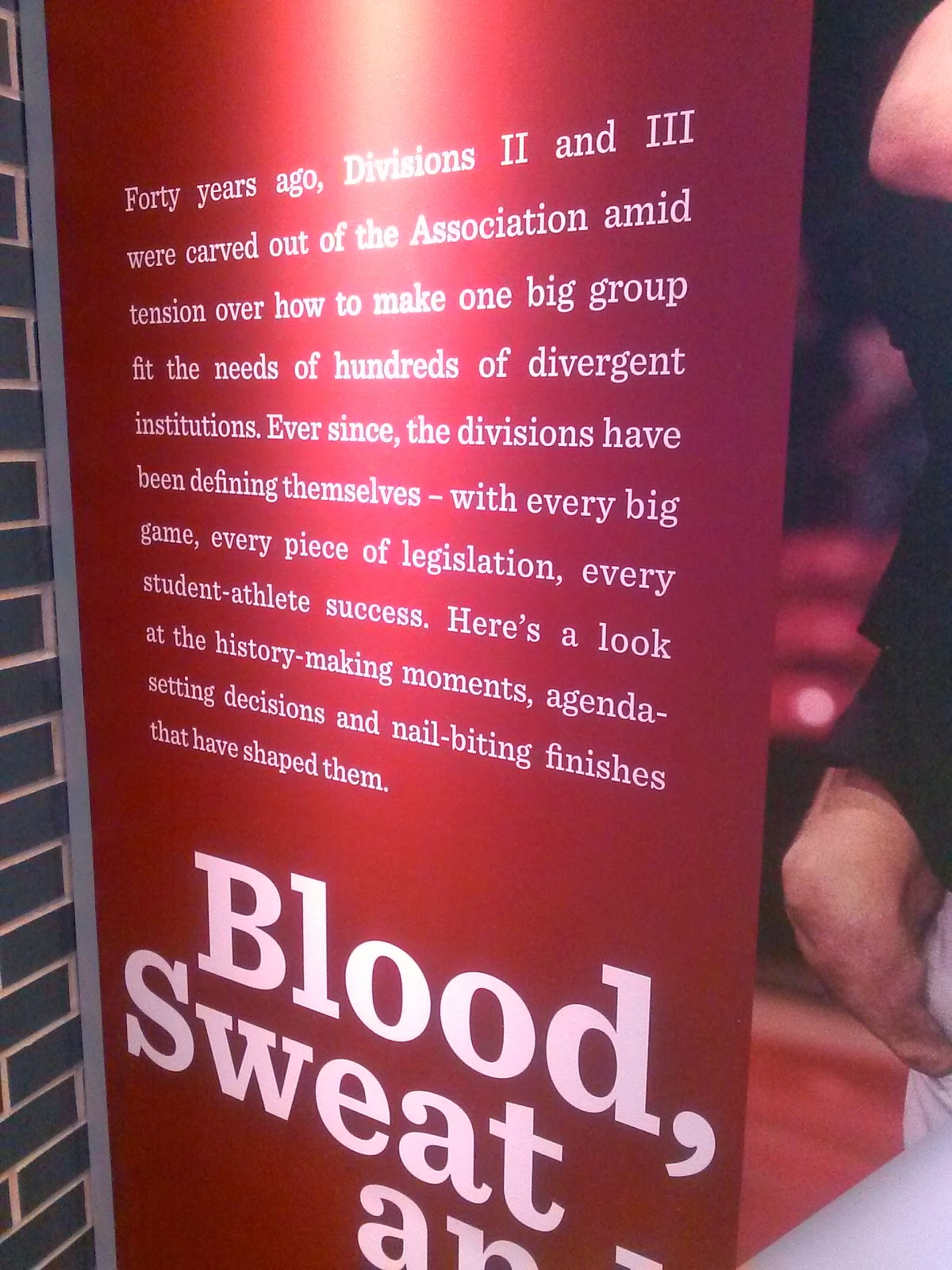 I'm not saying we'll necessarily be back next year, but I'd love to, and on at least a few occasions, we spoke as though we would be. Getting to go see Chris was great, and being able to pair that with Championships - especially if I can get some of my pep band buddies to come along - makes for a great trip. Whether next year or later, you haven't seen the last of us, Indy.
at 10:44 PM