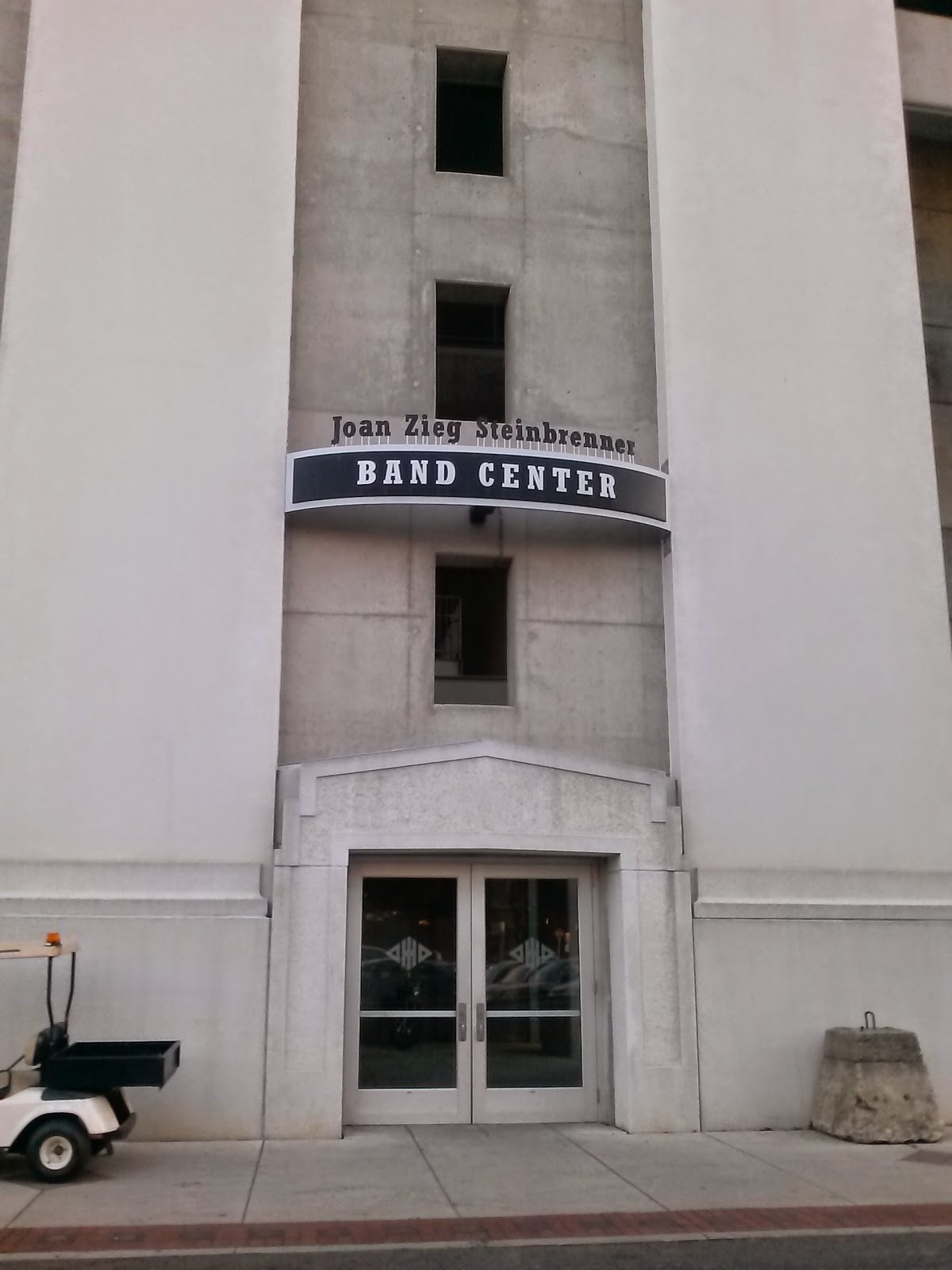 For reasons I don't understand (but will attempt to), the first article I read, linked above, refused to refer to the situations at hand, largely perpetrated upon the rookies by older members, as hazing, instead referring to the "sexualized culture" present within the band. But the investigation report details a longstanding tradition that created a hostile sexual environment for band members, and included a Title IX investigation. The insular nature of the program kept this "culture" largely unquestioned until only recently.

I know you don't have a leg to stand on when you kill a man, but FAMU "hazing" vs. Ohio State "sexualized culture" is worth noting. While the racial difference is noted, this could very well deal with a misunderstanding of hazing. It is easy to conceptualize hazing simply as physical brutality taken against another, usually younger, member, dismissing any instances that don't fit that mold. All organizations must realize that these are cut from the same cloth. In the report, recently fired band director Jon Waters was said to have told the band, in the wake of the tragedy at FAMU, that such would not happen at Ohio State. That he somehow has not seen that such was happening under his nose as he spoke those words is troubling. The actions that killed Robert Champion and those that have plagued the Ohio State program exist along the same continuum.

Similarly, given the sexual nature of the band's hijinks, it's easy to dismiss it as college students being college students, or, as Deadspin put it, band members being "horny and depraved". Indeed, we all remember the culminating "this one time at band camp..." story from American Pie. But the Ohio State band wasn't just trading dirty jokes on the back of the bus or hiding rolled up Playboys in trombone cases. Their pervasive culture included underwear-clad rehearsals, sexually explicit nicknames, and simulated sex acts. With the added power dynamic and the prestige of perhaps the nation's most visible and celebrated marching band, the environment is a petri dish for the hazing the took place.

Following the incident at FAMU, I was quick to call for a suspension of the Marching 100. While my insistence is a little quieter - due largely to the scale of severity - a suspension would certainly be appropriate here as well. As it stands, the president of Ohio State has promised a "comprehensive, independent task force of nationally recognized experts to conduct an assessment of band culture," but it would seem to me that an interim suspension would be warranted pending said investigation - I'd imagine such would be done if this were a fraternity or perhaps another group less high-profile than the marching band. Rather, the band will continue as planned during the search for a new director; the only change I've seen thus far to the band's operations is that they will no longer take a planned trip to College Park as Ohio State faces the Terps. While firing the director may have been an appropriate move, even the investigation thus far has shown that the issue at hand goes deeper than one man, who at least by his own account was trying to change the culture.

Finally, I'll be interested to see what follows, not just at Ohio State, but in the greater marching band community. In less than three years, two of the activity's most visible programs have succumbed to hazing incidents. Ohio State in particular had transcended the band world with a string of viral halftime shows and an appearance in an iPad commercial this past year. While the situation is unfortunate, it could perhaps occur on no grander of a stage to hopefully affect change in bands across their country with their eyes on Columbus.

Postscript (7/29/2014): While I stand by every word I chose to use in this piece, I will note that because hazing has a definition that varies from state to state and institution to institution, it is debatable as to whether or not this meets the legal threshold. Here in North Carolina, it is not, as the law mandates "physical injury" as a condition. In Ohio, where the incident took place, lawyers would charge billable hours arguing whether or not there was "substantial risk of causing mental or physical harm to any person". The laws in each of the 44 states that outlaw hazing can be found here. I continue to contend that using the "I know it when I see it" threshold, hazing did indeed occur.
at 11:52 PM