While I tend to stick pretty closely to sports and marching/athletic music, I sometimes delve into adjacent topics, and because it pairs so well with either, I consider beer an adjacent topic. P.P.S. it is summer, you know. 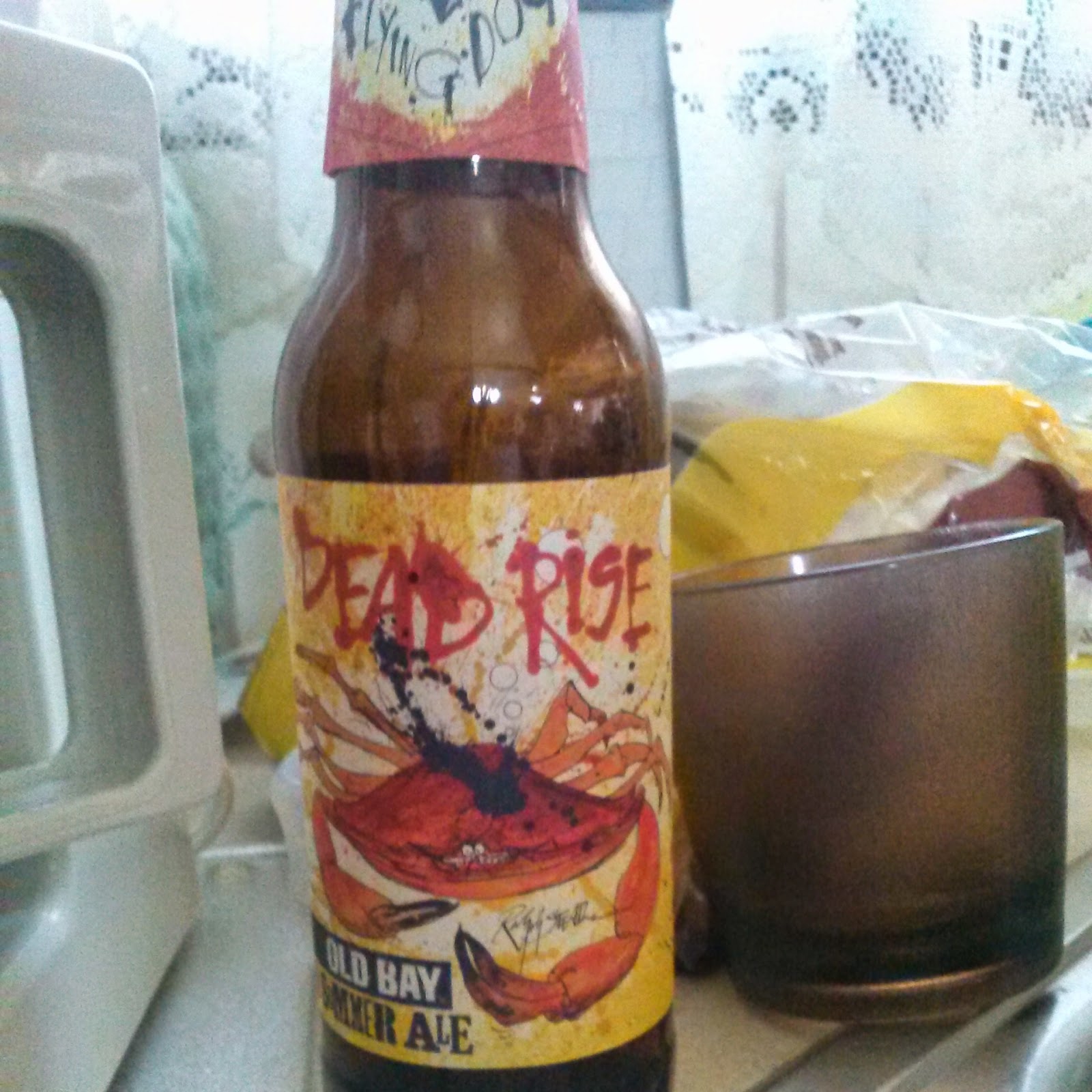 While I'll always call Delaware home, I'm a Marylander by association, education, and relation. For as long as I can remember, family trips involved visiting family in Baltimore or PG County, or headed to the Aquarium and Inner Harbor in Baltimore. My college years would take me to UMBC, and I met and married a woman from Maryland. So while it's not my home state, I'd like to think my cred runs sufficiently deep. As such, when I learned of Dead Rise - from Maryland's Flying Dog Brewery and brewed with Old Bay - I couldn't wait to try it. But I had to - It's not available anywhere near my North Carolina home, so it wasn't until heading to Ocean City for 4th of July that I actually got the chance. Upon cracking my first beer and taking my first sip, my reaction was "Interesting..."

I subscribe to the OBOE philsophy (Old Bay On Everything), but I didn't know what to expect in beer. A friend of mine had described the taste as Yuengling with Old Bay, but while that was an admonishment on her part, it only further piqued my curiosity. I had my first Dead Rise the night of July 5th, after the Arthur-postponed fireworks. Even after finishing it, the jury was still out as to exactly how I felt. Had I tried it in a bar, I may have chalked it up to an experience and moved on, but I had bought a six pack, so I was committed.

The next came with dinner the next day, and it was then, with food (fish, in this case) that I started to get it. What was an interesting taste had met its calling, and what was just a strange spicy finish now had a purpose to enhance both the meal and itself. I bumped it up a bit in my mental (and soon Untappd) rating, and realized that this beer's a roleplayer, not necessarily a soloist.

Dead Rise has a light summery taste with Old Bay as a notable star player. While I have not yet experienced it at self actualization - with crabs - I'm five into my six pack and have gone from skeptic to believer. This would certainly make an appearance at my next cookout, if it were available here. I'll warn it's an acquired taste, but if you're a Maryland apologist and Old Bay enthusiast like I am, pick this up, sit down to a nice meal - ideally one with mallets among the silverware - and enjoy!
at 4:41 PM

Email ThisBlogThis!Share to TwitterShare to FacebookShare to Pinterest
Labels: beer