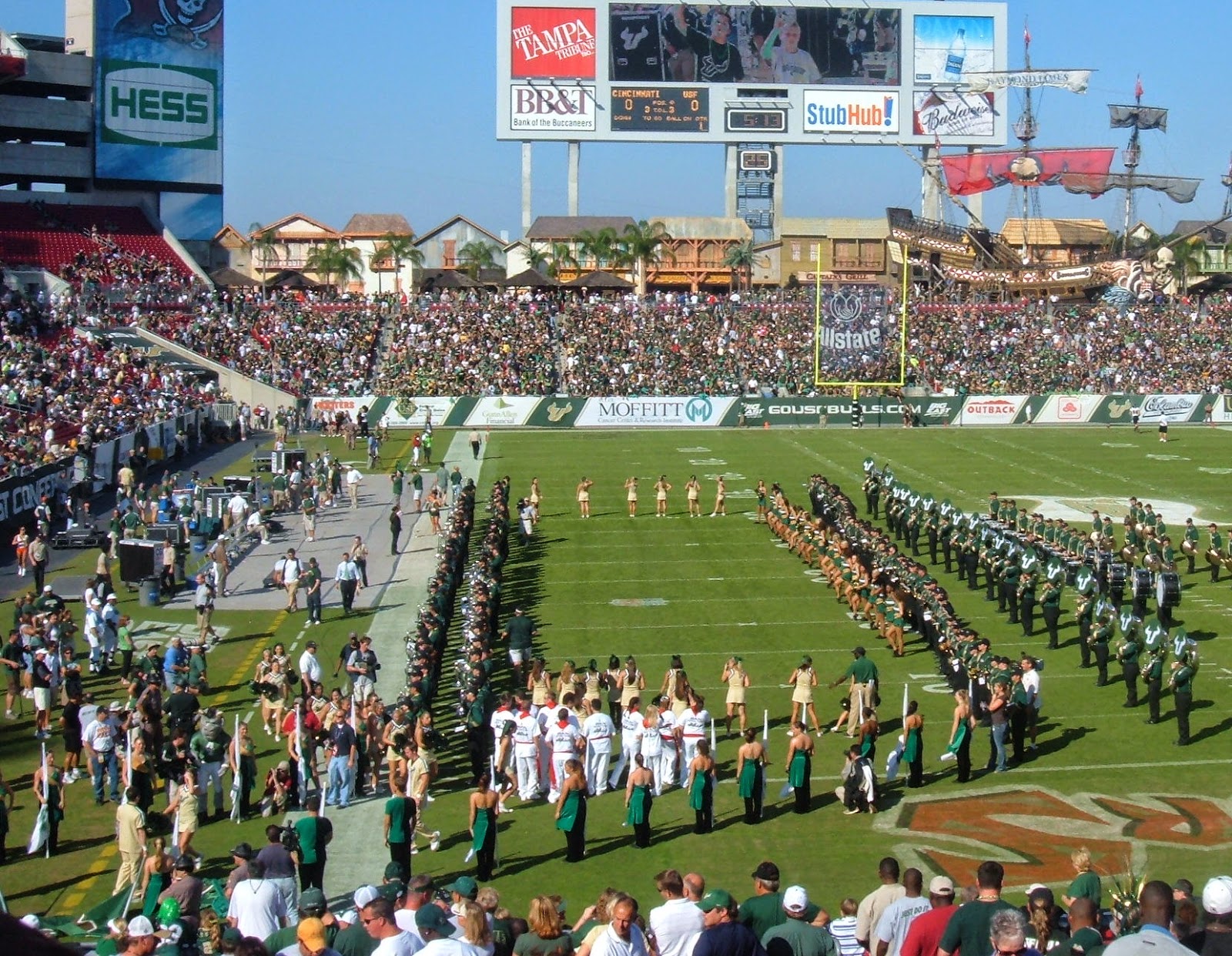 In a few minutes, when the calendar turns to July 1 and the latest round of realignment becomes reality, I become a major college football free agent. While this was functionally the case when football ended in January (or earlier, when the 2013 iteration of USF football's die was cast), shortly the future - the one with little hope for teams in the "other" five conferences - becomes the present.

True enough, I have a few rooting interests I could call in if I were truly shopping. Of late, I've followed FSU more than any other team, and I've been to as many Seminoles games since graduating from USF as Bulls games. Of course, there's always the Terps, having been educated in the University System of Maryland, though my feelings towards their conference move are well-documented. Having lived in NC for nearly a decade, I could even pick a local team here. But I've never been the type to just pick a fandom. I will, of course, remain a Bulls fan, but this leaves my cupboard bare as far as major conference teams are concerned.

And frankly, I welcome it. While I'll have my likes and dislikes, my weekly college football landscape, nationally speaking, will be uncolored by how my team fares in it. I certainly won't love the sport any less, and I may be a well-rounded view. And, of course, the imminent realignment lets me share turf with a new(/old) conference foe here in NC - the ECU Pirates. It's a new day.
at 11:47 PM