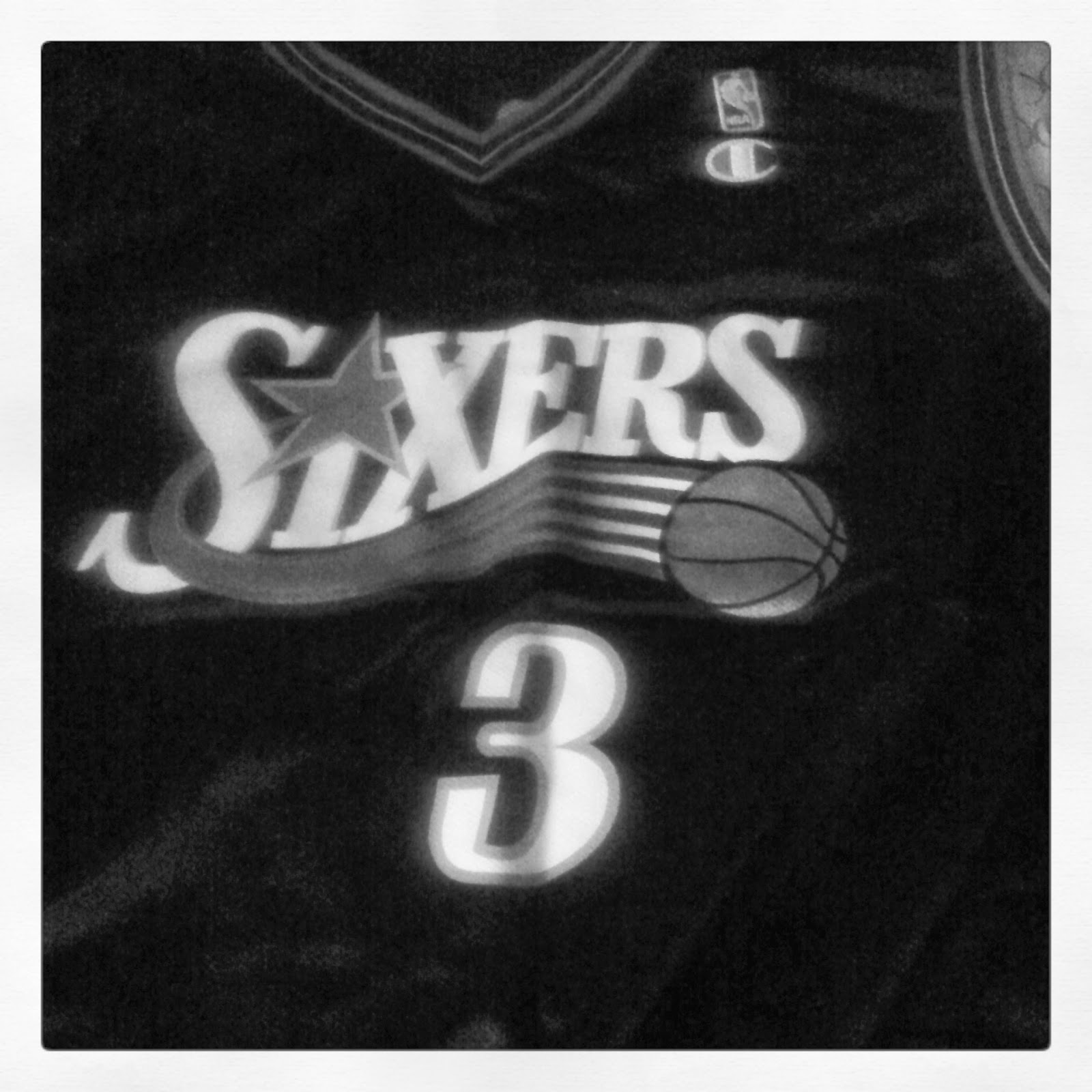 The number 3 in sports may make you think of a few different players. Babe Ruth. Dale Earnhardt. Dwyane Wade. To me, the number 3 will always be Allen Iverson.

As I type this, they are raising AI's jersey into the rafters at the Wells Fargo Center. It's fitting for a number of reasons, not the least of which is that Iverson and that building are contemporaries. Iverson came into the league in 1996, as the Sixers made their new home in the then-CoreStates Center, which replaced the Spectrum. Both ushered in a new era of basketball in Philadelphia. The next year, the Sixers would adopt the new logo that would exemplify the NBA's hip hop era, with Iverson as its face, an era the league simultaneously wanted to embrace and distance itself from. Iverson was that contradiction embodied. He cared so much and cared so little at the same time. His small frame defied his larger-than-life game. He played with every bit of the grit and tenacity for which his city was known, and in doing such, became as synonymous with a city, team, and era as just about anyone.

I grew up in Wilmington Delaware, a stones throw from Philadelphia. I rooted - and still do - for Philly's sports teams. Iverson's NBA career coincided with my high school and college years. He remains to this day perhaps my favorite athlete, largely for his prominence in crucial years for me. The run to the 2001 NBA Finals remains one of the sports occurrences I credit with making me the degree of sports fan I am today.

There's a bit of symbolism in today's game, and I'm not sure if it's intentional or not. It's fitting that the 3 raise into the rafters on the first day of month number 3, as the Sixers take on Washington, where AI played his college ball.

It felt right when Iverson retired a Sixer, and I'm sure when the discussion came to the table to retire his number, there was only one Answer.
at 7:37 PM