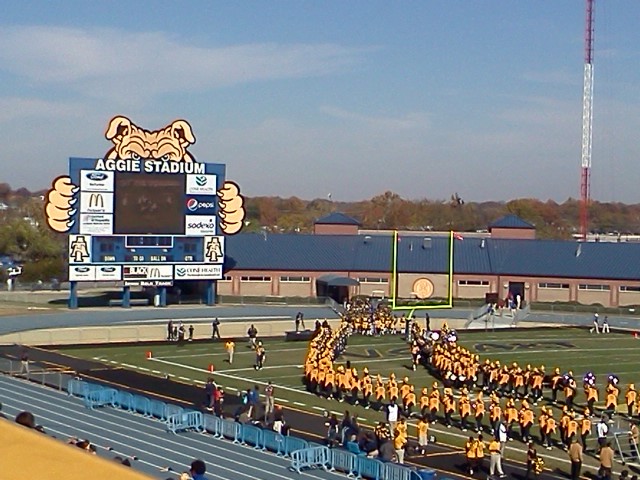 For the first time in its 12 year history, the Honda Battle of the Bands crowned a champion. Historically the event is simply a showcase, highlighting 8-10 HBCU bands, but as meaningful as the event has been to the bandhead and HBCU community, there has never been a winner.

This year, through text voting, the folks who put on Honda determined a winner, recognized officially by the event. Until now, house, or crowd reaction, has been the unofficial tally of who went home with bragging rights. And while Honda had done text voting once before, never did the claim it was for anything more than entertainment purposes. This year, the fans determined Honda's winner, and the crown went to the Blue and Gold Marching Machine of North Carolina A&T. Here I sit in Greensboro hoping for a victory parade.

I don't know what they get to take home as the champions, or if winning gets them an automatic pass into next year's field. Regardless of what you think about the methods - it's true fan voting can be synonymous with popularity contest - it's what Honda chose to use, and those clad in blue and gold are beaming with Aggie Pride.

In related news: I've long half-joked about how instead of the Pro Bowl, the NFL should throw their resources behind the Honda Battle of the Bands, making it the official halftime of the championship stretch. While I'm sure this isn't anywhere close to happening, I realized I can make it for myself. Thanks to the quick cameras of the HBCU band YouTubesphere, while others were watching the Pro Bowl or the Grammys, I was able to immerse myself in what had just gone down in A-Town.
at 4:24 PM