Taken to the Mat 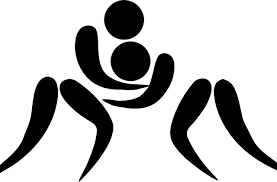 Is wrestling - the real kind - in danger of going extinct?

It's been said by some to be the oldest sport, depicted on cave paintings and a mainstay at the ancient Olympic games. Wrestling has been a part of the modern Olympics since it began in 1896,   but by the 2020 summer games, it will be no more.

This isn't the first blow that's been stricken against wrestling, but it may be the last. For decades, wrestling has meant, to the common person, a scripted spectacle put on by Vince McMahon rather than the olympic sport. Boxing has had its commercial heyday, and MMA is at the forefront now. At the college level, wrestling has been a Title IX casualty at a number of schools. As opportunities continue to diminish, what will make young men (and women) in the US want to take to the mat in the first place?

I'll be honest, I'm speaking a bit out of turn here. I don't follow wrestling closely, and can't pretend I know the entire climate that led to its omission from the games. Still, to me, this just seems like a slap in the face of the tradition I've always believed the Olympics to stand for. It's jettisoning one of the original sports, and while I'll stop short of throwing any specific sport under the bus, it would seem to me there are other, more newer-fangled sports that could stand to see themselves in this position other than wrestling.
at 9:58 PM