One Band. One Sound... One Decade Later 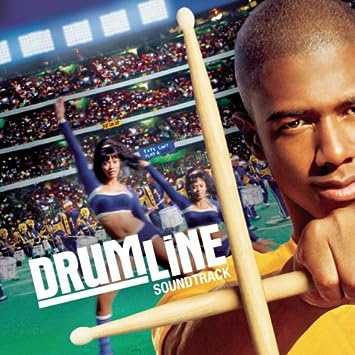 Ten years ago today, Devon Miles set foot on the campus of Atlanta A&T and marching music hit the silver screen in the form of the movie Drumline. It was and remains to date the highest profile film with a marching band as its subject, and a decade later, its impact is still being felt.

As films go, the movie was enjoyable, if not cliche. In form and function, it is essentially a sports movie with a marching band as the team. Themes such as teamwork, the underdog story, the "good guys" winning, and hero-to-zero-to-hero are prevalent. It also touched, albeit superficially, on fraternity and sorority life, hazing, and the HBCU social scene. Far more significant, however, is the manner that with its release life either imitated art or did everything in its power to run far from it.

Sure enough, I enjoyed Drumline when it came out - and I saw it on opening day - but I found myself becoming an ardent defender of it almost immediately. There were folks with different opinions of it, and that's fine, but there were quite a few arguments I had with people who were either completely unaware or refused to acknowledge that the style of marching in the film even existed. Drumline, of course, depicts a fictional HBCU marching band, and to hear some corps style kids tell it, they were marching wrong or the movie was totally fake because no one marches like that. It shone a spotlight on a rift in the marching arts that went unnoticed by many prior to the release of the movie.

From a personal point of view, I never marched with a historically black ensemble in high school or college. Still, my marching band experience came marching traditional style, which has far more in common with the HBCU show style than corps style marching. Further, at its release, I was in my senior year of college, and despite not having marched at that level, I had a pretty wide knowledge of the marching/athletic music realm, so by no means was Drumline unfamiliar subject matter to me. For corps style kids who only interacted with other corps style bands, the whole concept was foreign, and perhaps something to which they couldn't relate. The training seemed strange. The drums sounded dirty. And why in the world are they lifting their legs up and doing all of that dancing?

The rift, between traditional and corps, and in this sense, largely between black bands and white bands, was not one-sided. The movie itself features a white student - nicknamed Affirmative Action - who tries to make the drumline as well. He points out that he could have made the line at Georgia Tech or UGA easily (of note: The latter is a Sudler Trophy-winning program). One of the deleted scenes features a predominantly white band competing at the Big Southern Classic, which is clearly shown as a point of contrast and of ridicule. Even Dr. Lee's insistence on musicianship over hip hop - most notably played out with the playing of Flight of the Bumblebee in response to a rap tune from the rival band - speaks to this disconnect.

I will bring forth, once again, an overgeneralization that shows my own biases but speaks to where some of the disconnect fell. Especially at the high school level, corps style bands' primary function is to please judges, while traditional/show style bands aim to please the crowd. This doesn't manifest itself nearly as strongly at the college level, where marching band contests are no longer currency for the bands, but with overlap in personnel, the philsophies sometimes mesh. What was shown on the screen, then, was so far afield from the reality that the band nerds (I say this as one) I argued with about the movie inhabited that it surely had to be wrong.

As "wrong" as the movie was, a funny thing happened in the years to come. It started innocently enough: A drumline who heard A&T's cadence in the movie might emulate it. A student with an ear for arranging might pick out a simple bassline and pass it out to the tuba section. And suddenly, lines are being blurred. Bands that might never have ventured down the path to pop music, much less hip hop, are now playing it with regularity. It's a phenomenon I  earlier referred to as the Drumline Effect.

A subtle brilliance of the movie's design is that in order to have the bands playing the day's popular hits, a number of songs were written for the movie that were released as singles. The plan was that they would reach commercial success and the bands on the field in the movie would indeed be playing the latest radio tunes. I don't think that any of the songs reached quite the commercial success they had intended, but one song in particular, Shout It Out, has become a mainstay in the stands. Shout It Out remains popular among bands that may never have ventured down the hip hop road, and it owes its very existence to Drumline.

In a similar vein, songs that were once only performed by HBCUs are now quite regularly played by predominantly white and often corps style bands. Neck and to a lesser extent, Hay, once rarely heard outside of the confines of an HBCU stadium, have become as ubiquitous as Land of A Thousand Dances or the Hey Song. And as can be expected, they've been just as well received on white campuses as black ones. It has become a bone of contention among HBCU bandheads, some of whom see it as cultural appropriation. I think it is a direct effect of Drumline's influence on the marching arts.

Finally, how has Drumline influenced culture outside of marching/athletic music? It's difficult to say. While marching bands have been present at several Super Bowls since the movie's release, they've been there since Super Bowl I, so that's not causal. But there has seemed to be an uptick in the use of marching bands in commercials and other advertisements. Several songs sampling marching bands have made their way into the mainstream. One of which, Yung Wun's Tear It Up, samples the marching band version of Shout It Out and likely did better on that charts. In another, Destiny's Child sampled the Michigan Marching Band's drumline. The film's popularity also led to the creation of Drumline Live, a theatrical production that brought the HBCU marching experience to stages throughout America.

I recognize that I may have more of a relationship with this movie than many. I count it among my favorites, saw it on opening day, and purchased the DVD and the 5th anniversary DVD. Still, while it is debatable whether or not the film itself has stood the test of time, it is undeniable that its impact has.
at 12:30 AM