In the past week I went to NightBEAT (which, unfortunately, was rained out) and the Summer Music Games of Southwest Virginia. The podcast accounts are here and here, respectively, but I also wanted to share some of the photos and audio I gathered at each event. 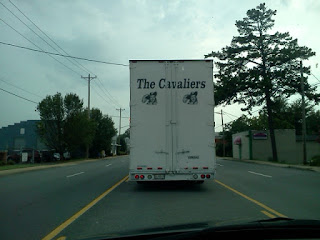 Pulling into Rock Hill, I was behind this beaut. 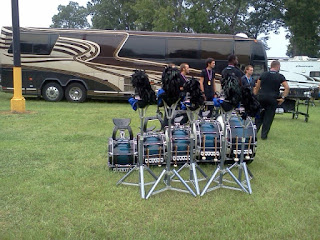 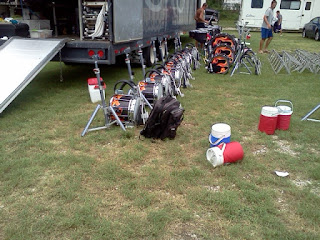 The Blue Stars' tenors warming up.


Blue Stars basses, but I really took this moreso to show off how much the stadium/lots were in the neighborhood. Think that dog wants on hornline?


Bluecoats basses, though their tenors, just offscreen, are just as audible.


One of the glimpses I got into the Tour of Champions concept before the rains came. This one part of the pre-show entertainment: A Santa Clara Vanguard horn ensemble playing the Bottle Dance portion from the 1992 Fiddler on the Roof show. This is my favorite moment in one of my favorite shows, so that alone made it worth it. and I intentionally didn't do the "VANGUARD!" shout since I was filming; sadly, it would seem the rest of those assembled didn't know to. 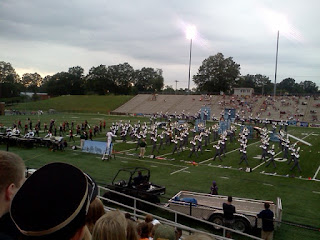 And finally, photographic evidence of the Blue Stars, the one corps that actually got to take the field. 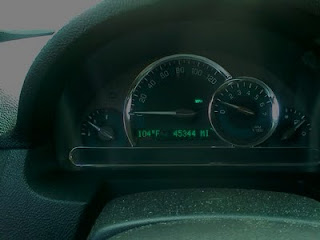 Yes, you read that right. One-Oh-Friggin'-Four. And while sometimes that gauge is a bit off, it wasn't by much. 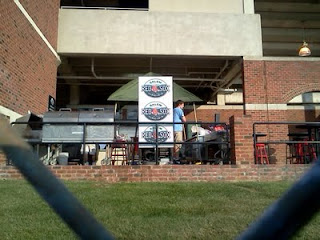 Salem Stadium sits next to the baseball stadium that's home to the Salem Red Sox. 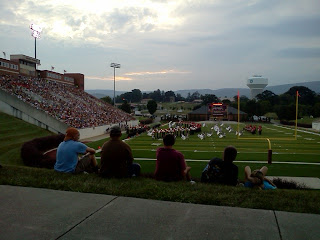 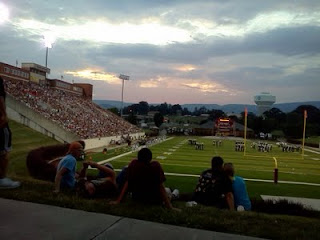 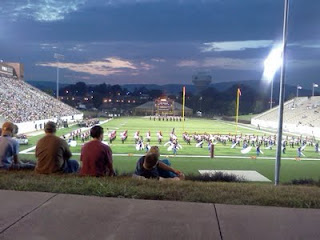 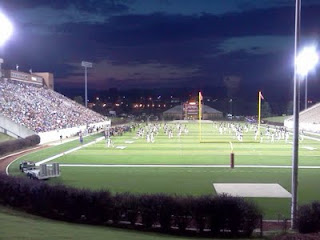 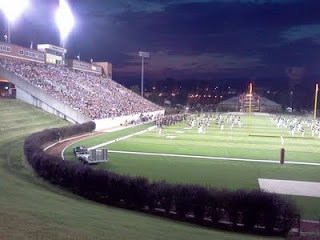 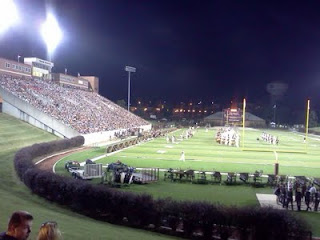 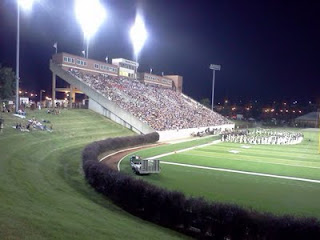 Some shots of what really is a beautiful venue for drum corps.


And finally, the Cadets' retreat. While I respect DCI's prohibition of recording devices, I decided to follow the spirit of the law; it exists so as to protect copyrights held by composers and arrangers, so this violates none of that. And while I know you've heard me dis the Cadets before, thy are actually a few years removed from the nonsense that got on my nerves, and in fact I love this year's show.
at 10:05 PM